Over the past four months we’ve been working with Savina and Veronique, the partnership behind Aspyre Africa, a new charity which launched last September. One look at the incredible film that they made in Senegal explaining the charity’s purpose and mission convinced us that we had to be involved in the Aspyre Africa web design and identity project.

Given the team’s most pressing requirement was a brand, starting simply, we worked on a logo. Like many clients beginning such a project, the team had a few ideas sketched out and some visual research exploring different themes. Given limited budget, our initial brief was to explore these and see where it took us.

An idea which really seemed to catch everyone’s imagination was the ‘Aya’ fern. It’s a symbol often seen in west Africa and, given it’s meaning (as a hardy plant that grows in tough places) ties together beautifully with the work of the charity, inspiring young people to new vocations and a better life. The shapes seemed to blend with the double-a of the charity’s name, and a really great, meaningful logo was born.

With that idea complete (after a few iterations) we began work on a website. This sounds simple enough, and the end result is information based and clean – but has a few interesting quirks. In particular it fulfils several ambitions we have for new websites, in particular that it feature ‘moving pictures’. This is something I’ve discussed before, but the simple loop of film the team have cut together from their work in Senegal is varied and instantly captivating – I just want to keep on watching it again and again – and provides the ideal introduction to their work. 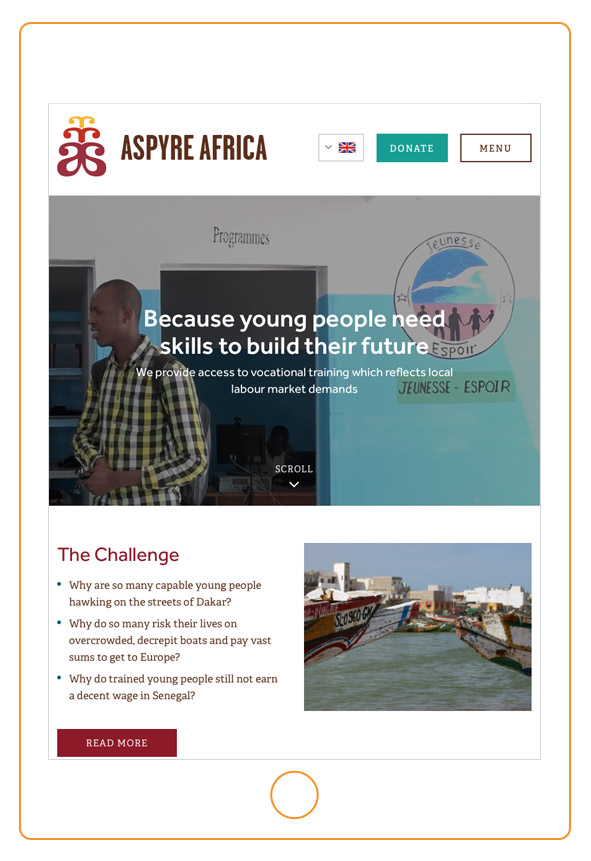 The site also includes a fund-raising element, using PayPal Donate. As a form it looks comparatively straightforward but gives individuals and companies the chance to donate using their PayPal account or via a credit card, and the option of a charity tax break UK law offers. While I realise this page is not dynamic or interesting from a design perspective, it has a clean, simple user experience and achieves what a charity needs to do most: raise money for its particularly worthwhile cause. 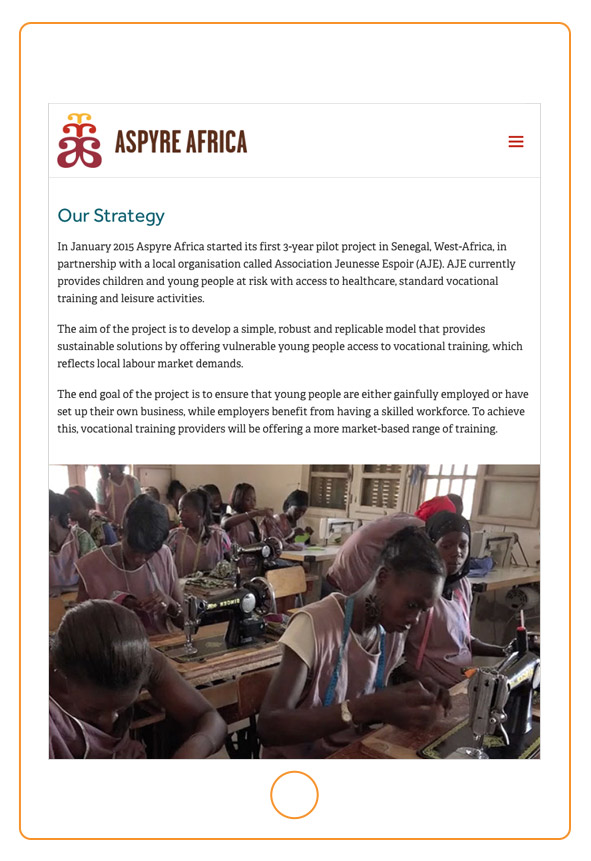 We’re really pleased with this one, and of course it’s our first new website of 2015!

Do you represent a charity? We’d love to help you: give us a call