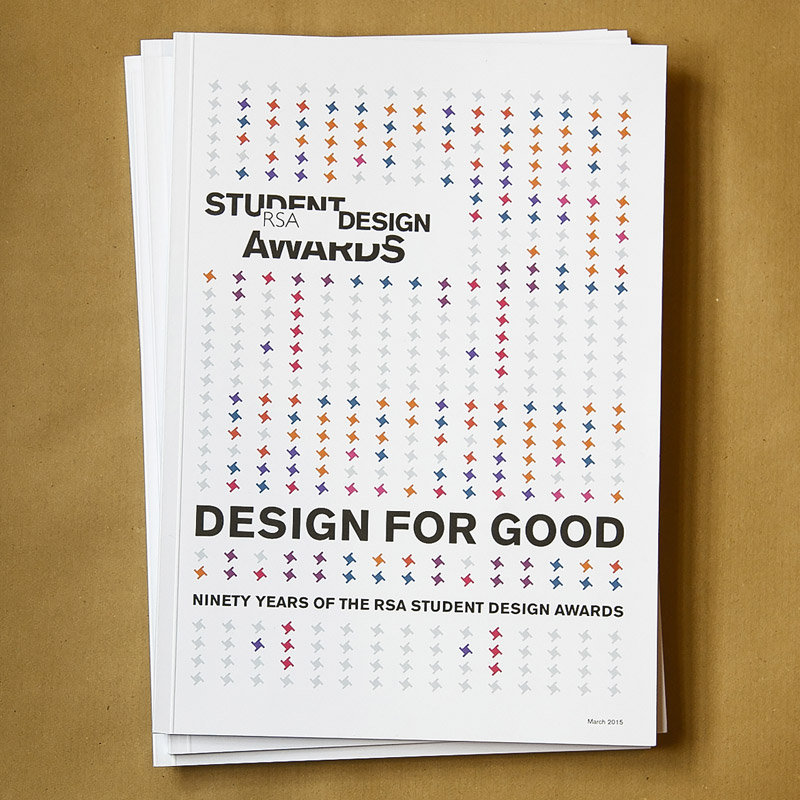 We absolutely love designing long-form print – it’s been a banner year for this genre of work already, and it’s only early March. Our latest launch is today, and it’s marking the 90th anniversary of the founding of the Royal Society of Arts’ Student Design Awards – the RSA Design for Good report.

We initially started work on this report at the end of last year, so it’s great to finally see it ‘out in the wild’ in its finished version.

We were initially presented with the design guidelines of the Awards, as created in fine style by Pentagram. The guidelines left the use of the design open for the maximum possible choice.

So we began to think of a way to both use these guidelines and mark the history of the awards. We studied various historical patterns and an early design had a number of different houndstooth patterns.

It was a nice idea but felt rather overwhelming so we settled on a single pattern rendered in a varying colour palette.

It ended up being a better, simpler approach that evolves with each chapter. 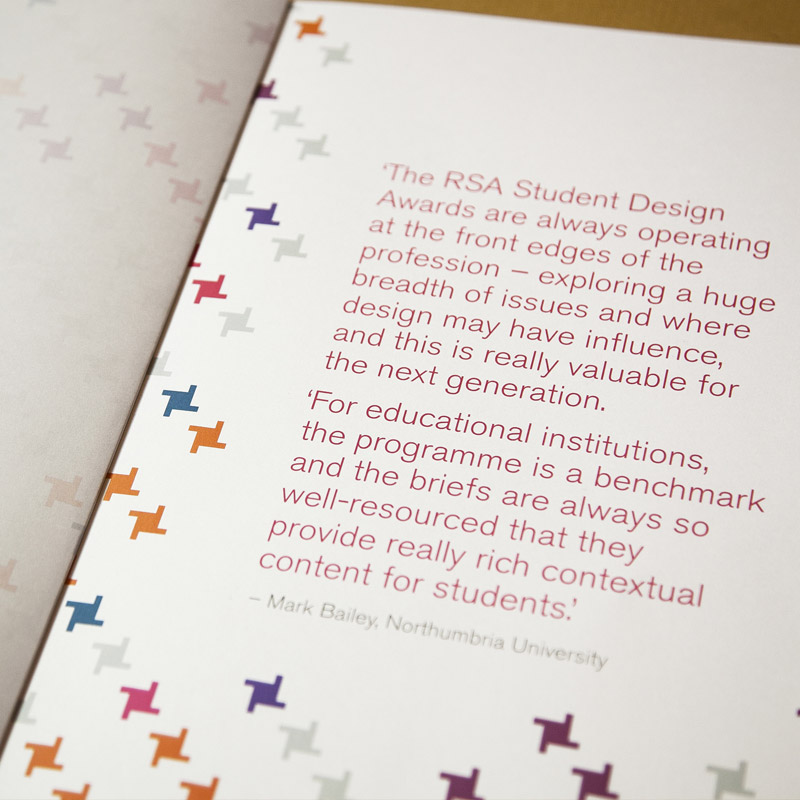 A key part of the project was to explain the wide range of different themes the Awards have tackled over the years.

Careful records had been kept, but rather than overwhelm readers with a huge number of information graphics, a decision was made to show the evolution over the past 15 years as a snapshot.

This graphic utilises the houndstooth pattern and stretches it to show key themes that were particularly long-running. 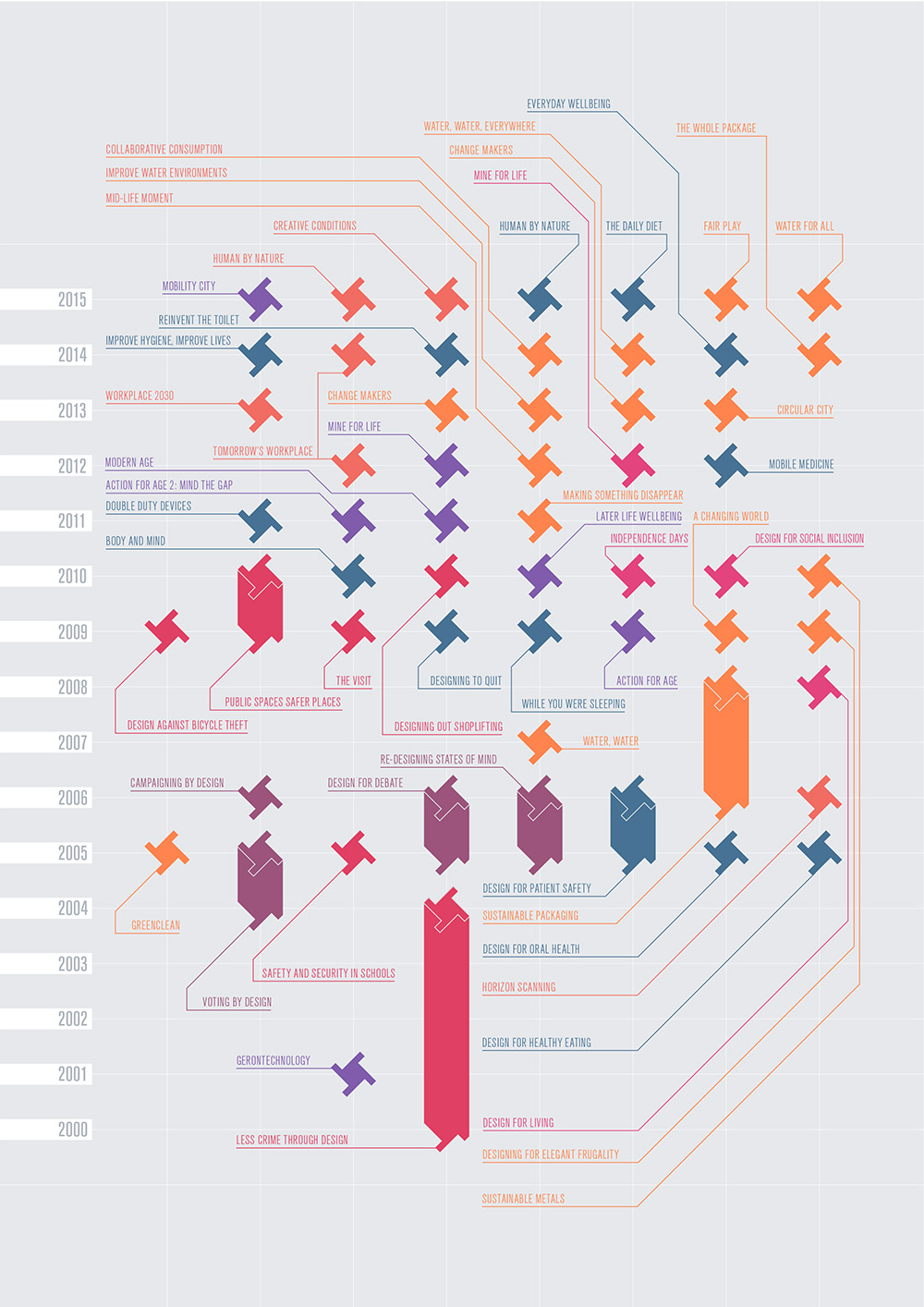 Overall it’s been an amazing opportunity to work with the team at the Student Design Awards and I’m so pleased with the end result. It’s a really quirky looking report and an auspicious way to begin our work for such a fantastic organisation.

More information about this project