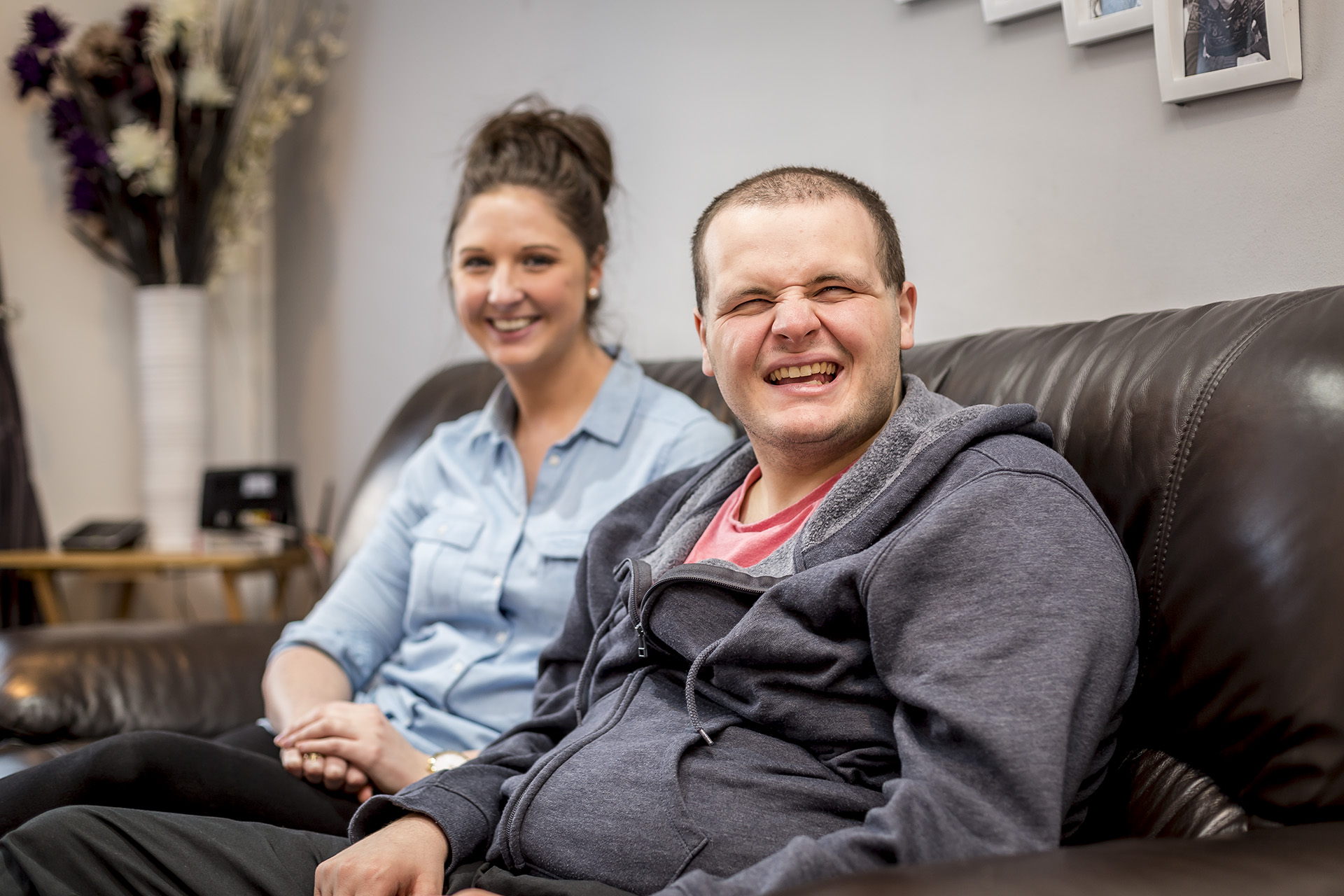 I suspect some clients imagine we’d be horrified by the idea of repeating the same project again and again. In fact, I imagine it would be a little ghastly if that’s all you did. But when it’s creative work to be revisited every few years then it’s less like a design version of Groundhog Day than one might imagine. For the most part clients change what they do, or change they way they do it in the elapsed time. They certainly will have something new to say which means that the approach and brief is something that is fresh even if the broad notion of the project stays the same. There are a few long-term clients we work with that this conversation could apply to, but one we’ve recently completed is a healthcare web design project for Cavendish Care. 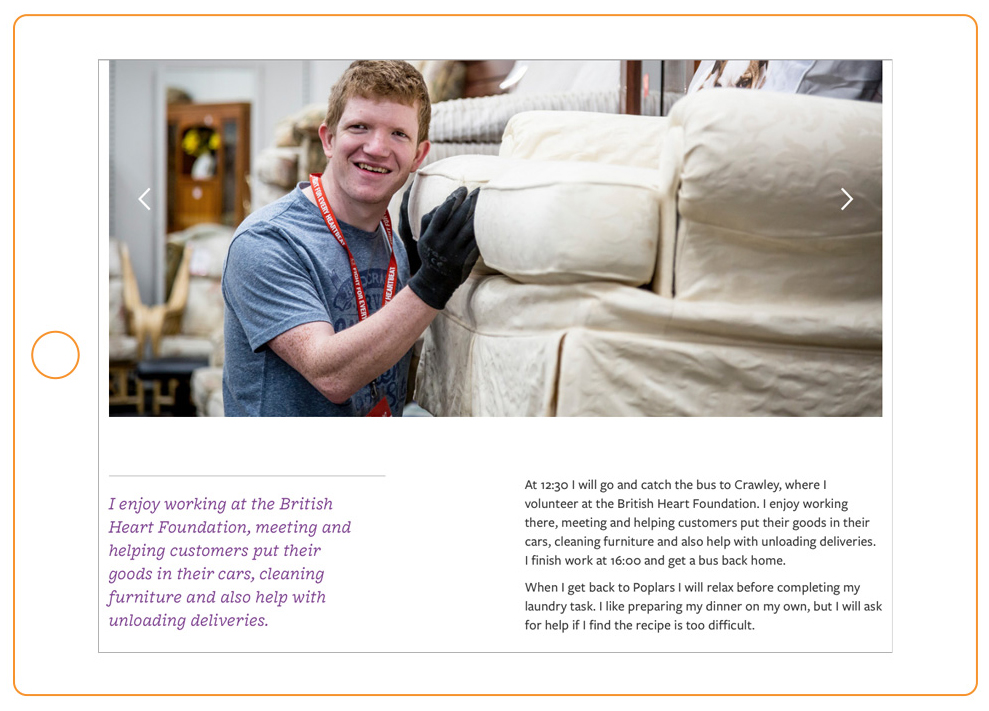 We first worked with Cavendish Care around ten years ago when they didn’t have a logo or any sort of online presence. The logo was one of our first pieces of work for the company, giving them an overall style and and colourful persona. The purple and green was seized on from the beginning as feeling ‘on brand’. Cheerful, upbeat, distinctive – it worked across their properties and offices as a unifying thread.

Coming back to the project we wondered if smartening up that logo might be a good idea. The original had fairly narrow typography and looking at it anew, a rounder softer typeface which was more size-balanced with the main ‘double C’ icon felt like a good update.

We’re excited to see the new logo gradually appear across their estate and on more satisfying things like balloons, post-it notes or pens.

Cavendish Care – the logo design before and after

This is our third website for Cavendish Care which feels like a great achievement. Third time’s the charm? Who knows.

Cavendish Care – our previous homepage designs from 2009 and 2012

Each iteration has been substantially bigger than the one before and this version is twice the size of its predecessor, mainly because the many courses that Cavendish’s Training Centre offers are now listed in full.

This new site is also the first that is fully responsive, working across all platforms and with a clean, minimal aesthetic which allows images and text to come to the fore. 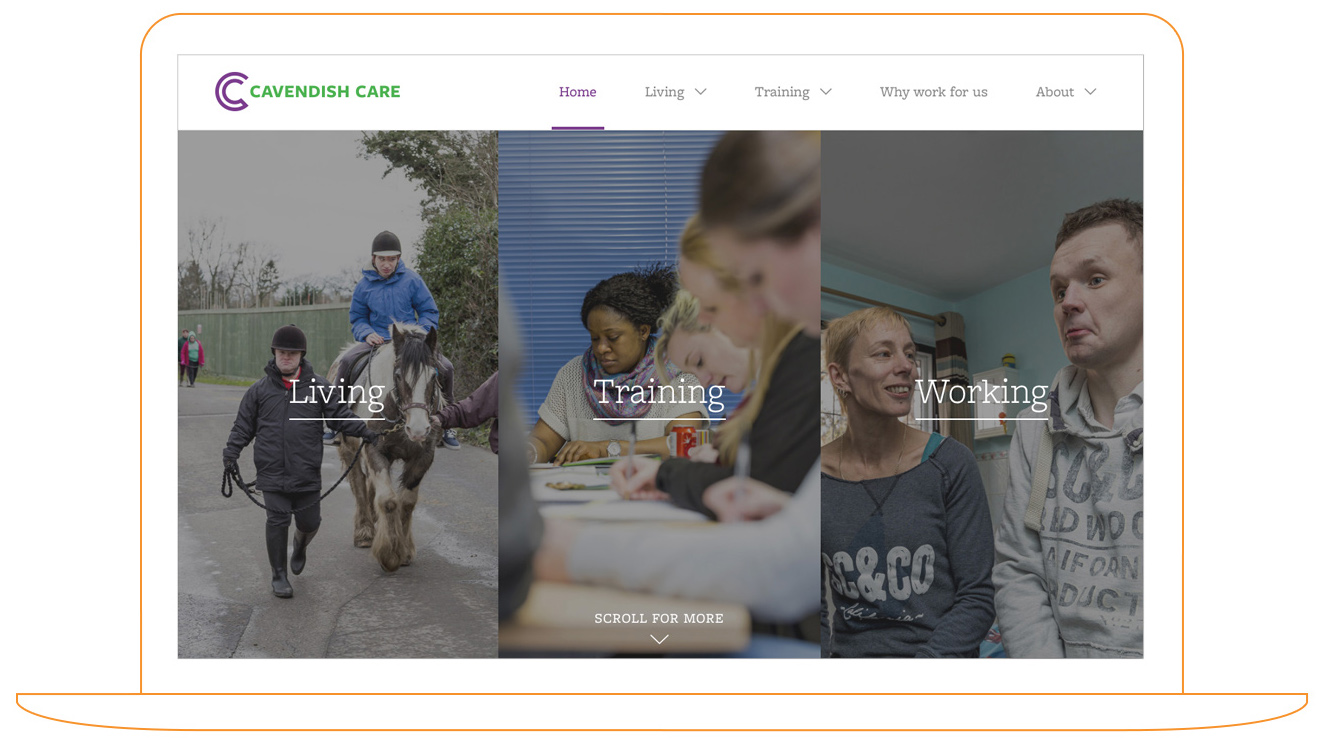 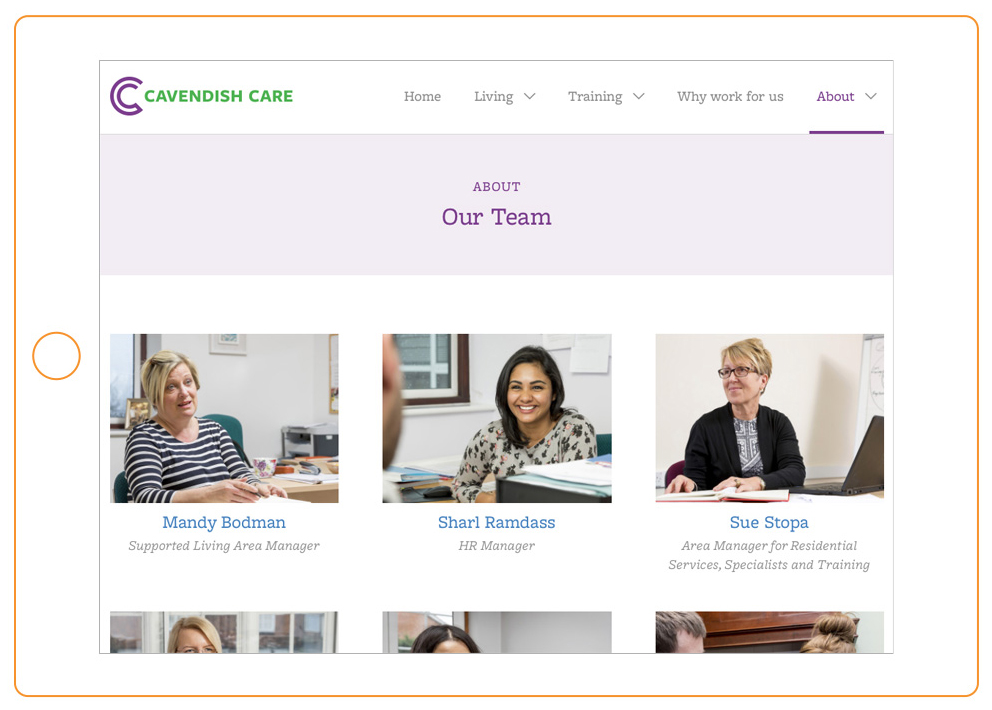 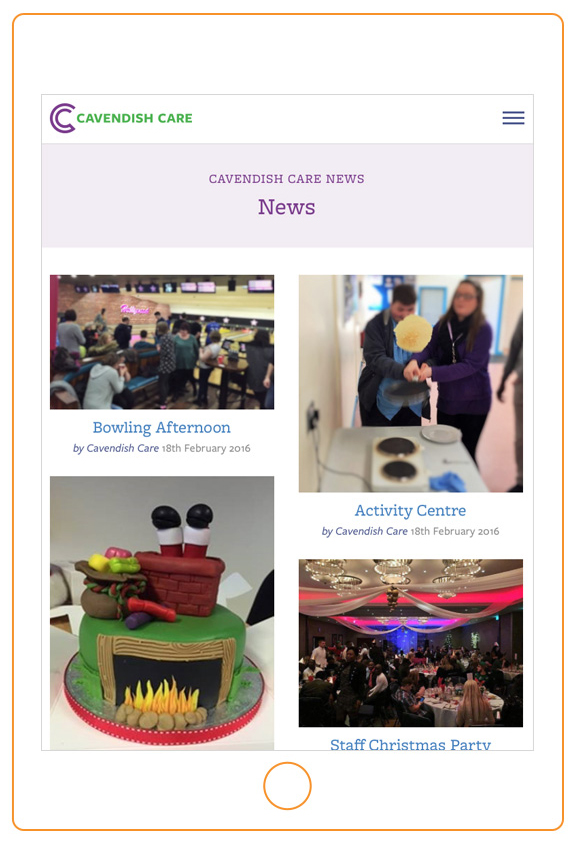 How to art direct a healthcare web design project

Another great aspect to this piece of work was that it included the creation of a completely new library of imagery for the business. Working with photographer Andy Rose, we spent five days at all the company’s premises in January capturing everyday life at Cavendish Care.

We visited each of the company’s houses as well as the offices and Training Centre. The shoot was diverse and had to cover staff portraits as well as group interaction and staff learning. This sort of work isn’t immediately straightforward in an office setting, but we got some really great shots using depth of field and focussing on facial expressions and interaction.

Focussing on residents and service users themselves, we worked on imagery of the houses themselves as well as interaction with staff and everyday activities such as making tea or meals. The shoot became more involved as we travelled with residents to their workplaces or the Activity Centre to give a true feeling of what they get up to. The aim of course is to depict a real impression for parents and care-givers of potential residents online. 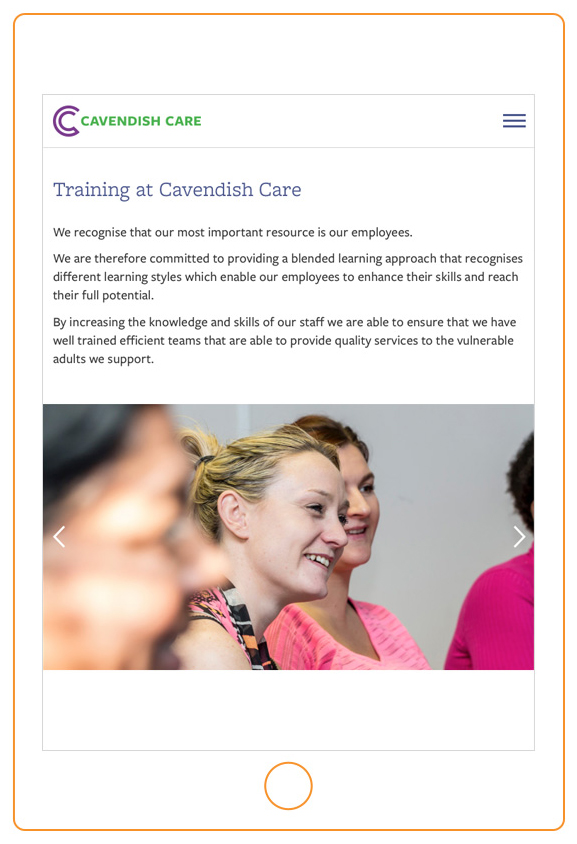 Read more about our work for Cavendish Care