Everything has a battery in it. Things that we could never have imagined needing one, now require a power source. Thermostats. Doorbells. Picture frames. All need charging – and crucially, all contain the same sort of lithium battery we’ve been using for decades. The devices they reside within may be cutting edge, but the source of their power is another matter. That’s not true progress and certainly isn’t sustainable. There are teams all over the world working on this problem, but one of them, LiNa Energy, a startup at Lancaster University, is working on a new type of battery platform using sodium. Our role has been to work on a rebrand project – which has turned out to be a superb case study of tech startup logo and web design.

Given the extraordinary technological leap that LiNa Energy are working on, it made sense for their new identity to accentuate the positive. In considering brand design options, we had the idea of devising a customised plus symbol that used a double-L. It reminds me of the batteries of my youth which (from distant memory) had a plus at one end with a corresponding minus at the other, in bold, clear circles.

The primary goal of the project is to create a considerably longer-lasting battery using much cheaper, more sustainable raw materials. Thinking about how one might consider these enviable credentials, I’ve never been the biggest fan of the idea of ‘environmental startup uses green logo’ trope, but for me, the choice of a deep olivey green colour stays clear of any leafy clichés.

While we were working on the project, we started doodling with a repeating pattern of the plus-symbol. This worked out really nicely and actually looks terrific when overlaid on photographs in particular. We’ve used this brand pattern throughout the website and also on internal documentation such as investor presentations. 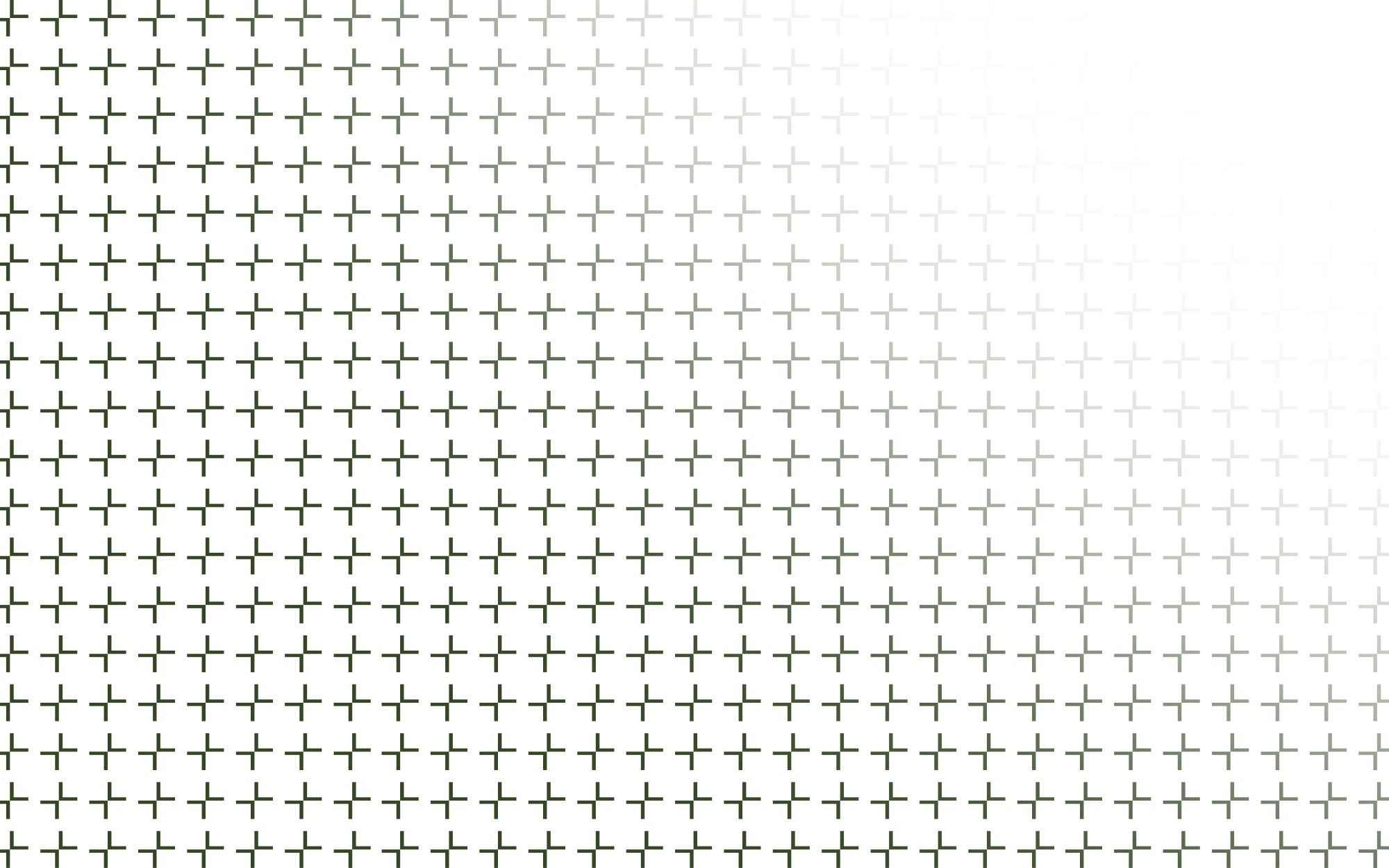 Switched on: photographing a research project

A design brief that is focussing on an evolving technology is always going to be a tricky project creatively. We’re often faced with this sort of challenge. Invariably when we begin our work, the finished product doesn’t exist, or has complex confidential IP issues – raising the question of what visual manifestation of it we can show.

To address this question, I visited Lancaster University in October 2019 with my regular collaborator, photographer Andy Rose. Together we’ve completed photography for wide range of client projects such as ORIS, Cavendish Care and London & Oriental.

This was an interesting undertaking: stepping into a lab we had never previously visited – and essentially off the cuff, beginning to create a set of images which captured the research in progress. I’m pleased to say that the end results are really satisfying. Improvising creatively with the LiNa team, we focussed on the process of applying materials to metal and their bonding process – as well as a more traditional set of portraits of the team working and posing together.

Using shallow depth of field, looking at the processes at hand and finding beauty in the materials being used, proved the best response to the brief. Everything in the lab is pristine, meaning that it gleams in the light, resulting in an unexpectedly beautiful set of shots. 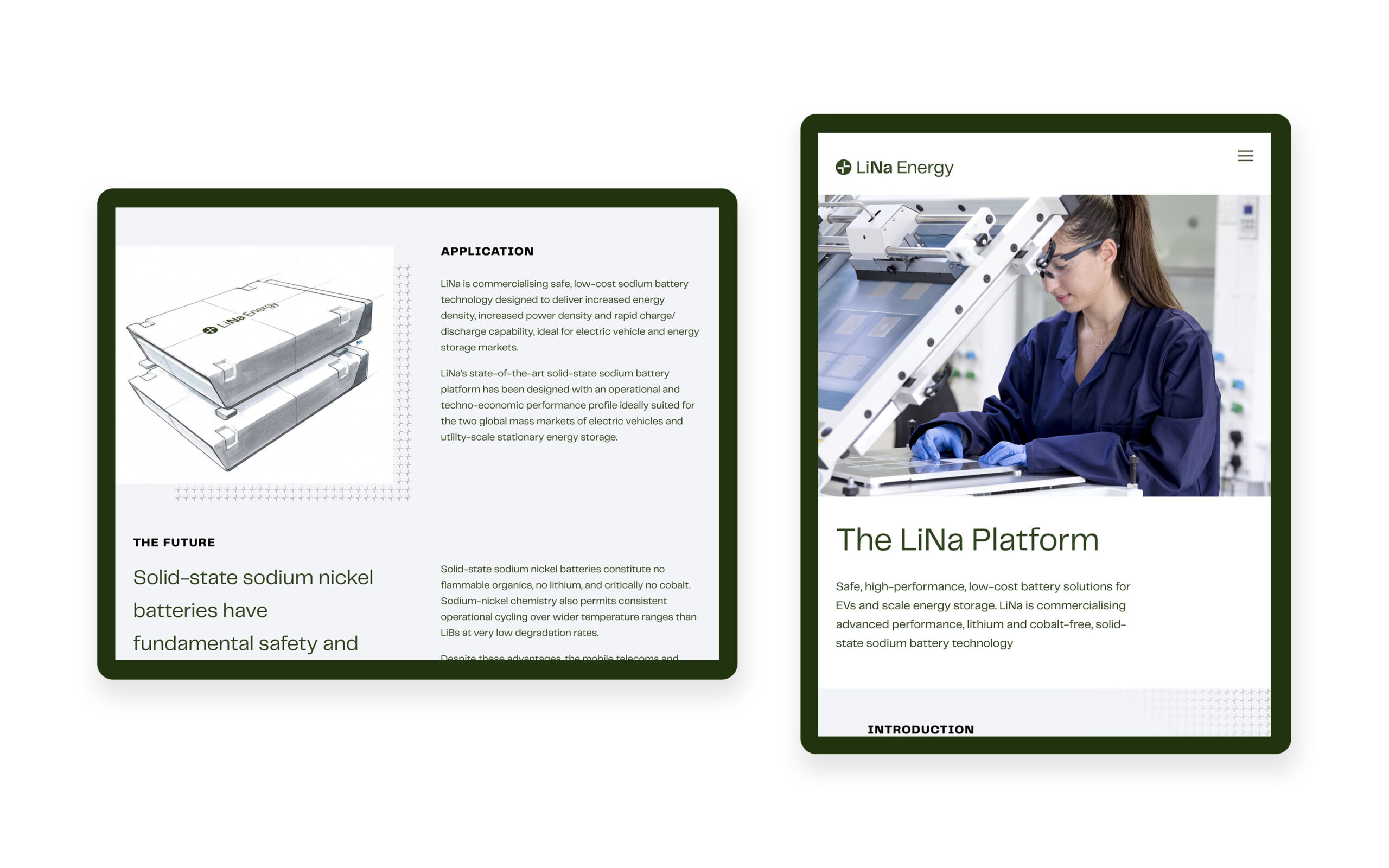 The first public-facing asset of the new LiNa Energy branding is the website we’ve completed for the startup. Ultimately, we are putting online a mid-process scientific research project which showcases both its intellectual heft and a recognition of the funding required to complete the work. These are the two pillars of this site which bring together our new branding and the imagery we shot at the lab in Lancaster.

The new website significantly expands on its predecessor, adding in far more detail on the technology, including new sketches and a breakdown of the history of the project from its inception as well as a regularly updated news feature.

Ultimately a startup at such an early stage is going to evolve significantly, and we’re excited to see that unfold and work with the team over the next year or so. In particular it will be fascinating to witness such an extraordinary undertaking fulfil its potential. We’re so proud to have created a platform on the web for LiNa Energy’s profound innovation. 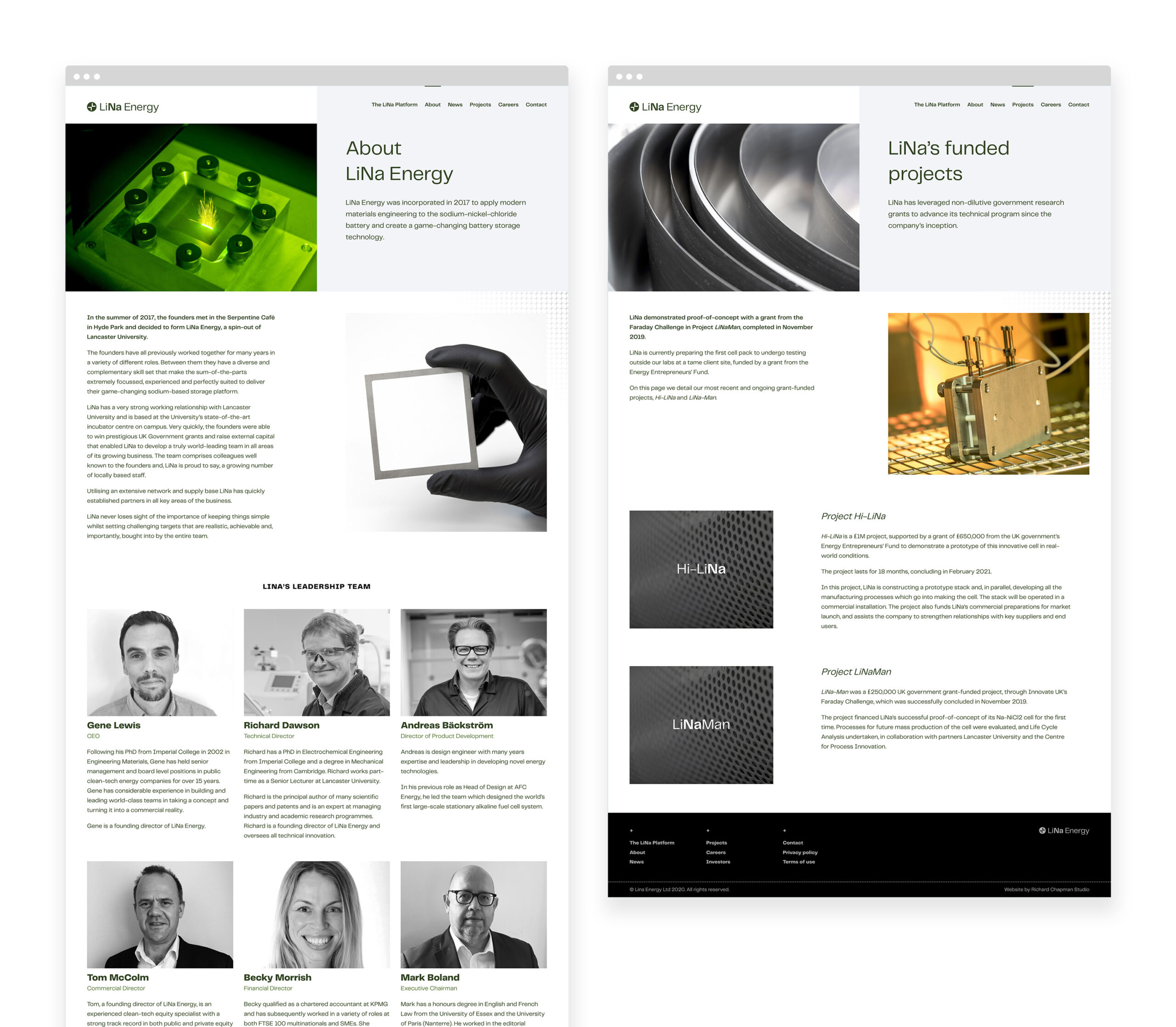 Electric shock: what our client said

“Richard was highly recommended to us, and boy did he and his team not disappoint. The process was structured, well communicated, relaxed and very much a team collaboration with Richard expertly driving things forward. Richard is extremely approachable, an excellent listener and, importantly, knows when he needs to put his foot down to get to the next step in the process.

“Richard and his team have a passion for what they do and care deeply about the end result.

“The LiNa team are extremely happy with what Richard and his team delivered and we fully expect our collaboration to go on to bigger and even more exciting things in the future.”

Does your tech startup need a logo and web design project?

If you’re planning to launch your tech business and need a custom identity and website, why not get in touch to discuss a wide range of different approaches. We can work on designs from the simple to the sensational, depending on your brief and budget. Call us on 020 7351 4083 or email us direct.

More about the LiNa Energy project

More about our work in startup business logo design

The Barbican: a gutsy approach to design for campaigns

How to see through political uncertainty and keep selling