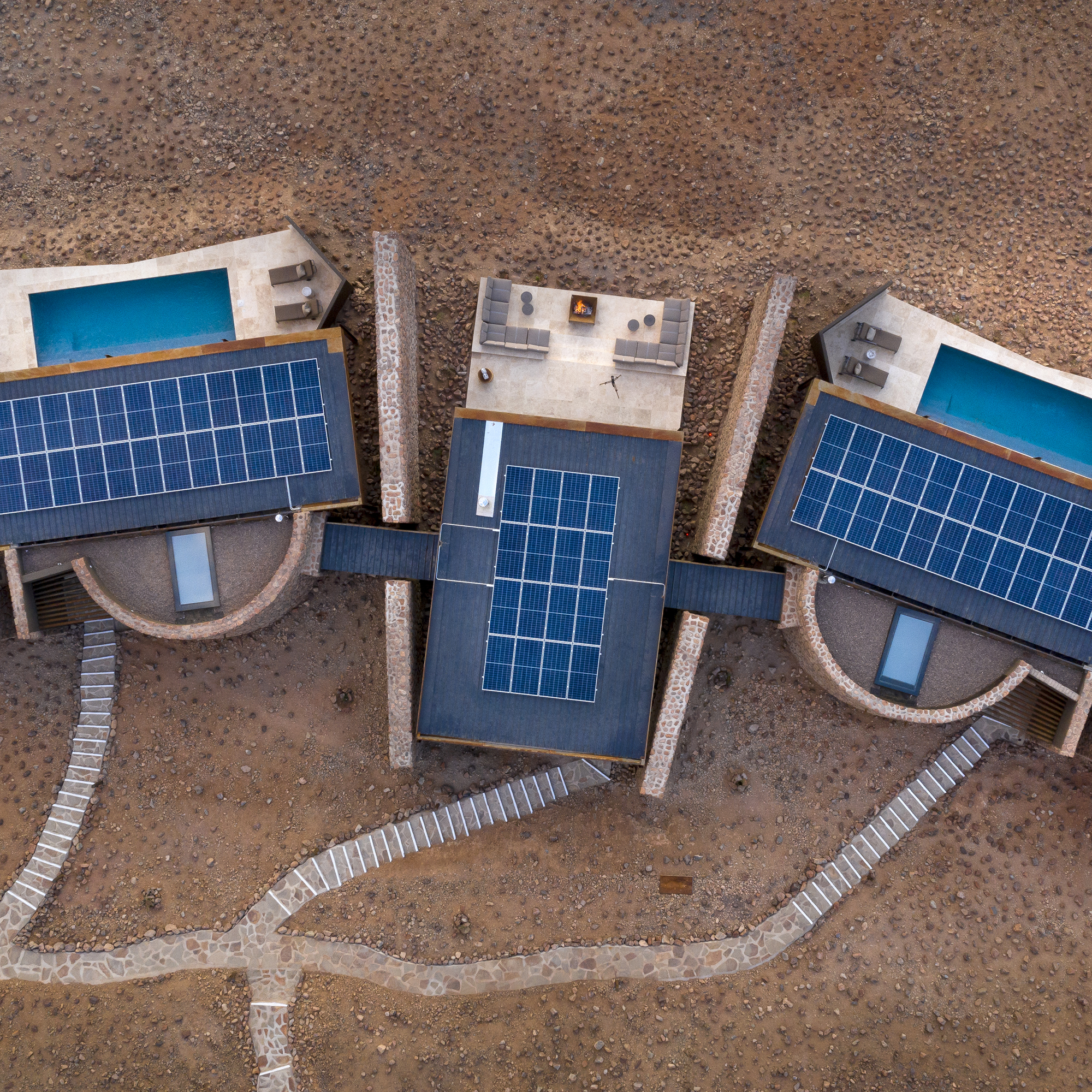 One of the most significant changes in our branding work in recent years has been the abandonment of what I call the ‘rabbit out of the hat’ approach. In the early days of my career, with a major project complete, the client would gather in a panelled boardroom. We would deliver a grand, momentous presentation, the entirety of which would be a huge and dramatic surprise. What then followed was almost a moot point because the board had got the grand moment they had got psyched up for. It was left to the designers and an often head-spun marketing team to figure out what to do with the feedback. Suffice to say, it’s not how we work today – and here’s a fantastic example. During lockdown and thereafter, we’ve been working with Belgian private family office AtlasInvest on a ground-up identity review. I’m really proud of the end result, a great example of an energy investment branding project.

Making lockdown the right moment for a rebrand

We were first approached by the AtlasInvest team in November 2019 and began discussions on the best approach for a rebrand. The business has been established for almost 15 years and the management team, led by founder Marcel van Poecke, had decided that along with a evolving change in business investment direction, a visual rethink was necessary.

AtlasInvest had previously been best-known for their work in conventional energy. But things had changed. Many of their investments had themselves pivoted to new markets, a more sustainable footing or even massively diversified. Additionally, the firm works now with many companies that specialise in the development of (for instance) solar panels, wind energy turbines and many other renewables.

Then, the world shut down.

By the time we began the AtlasInvest project in late-March 2020, my team and I were working from home amid lockdown. I was unsure how priorities within my client base were going to change. However, I was pleasantly surprised that the team were keen to progress with the project we had agreed a couple of (much simpler) months before. If anything, they saw the unusual circumstances as an ideal moment to review everything, while other aspects of their work were quieter.

‘Can we try a loose, more natural design…?’

Collaborating between our homes in London and the team in Brussels using Zoom, we devised our first series of ideas we’d had for the new branding. We then started evolving these, by instinct, in a free-flowing natural approach unlike any project we’d worked on before. Our creative approach is to look widely, seek inspiration, sketch our ideas down and then use Adobe Illustrator to iterate these. This tends to result in a sharp, clean, digital look to a logo. Nothing wrong with that. But AtlasInvest had another ideas to set a different course for this energy investment branding project.

They suggested we keep elements of the typography we’d shown, while asking us to evolve this more natural aesthetic for the branding. We responded by retaining elements of the sketch stage of our process in the final design, rather than smooth it out. We then started considering the ‘atlas’ part of the name anew. We began working up a completely new design at stage two in the process, inspired by the orbit of the earth around the sun. In the quiet of lockdown, there seemed much more time to try out things we might otherwise not have explored.

The finished brand design is based on a loose, hand-drawn pencil sketch. We created dozens of iterations of this idea, finally settling on one we and the AtlasInvest team really liked. A strong green and blue tonality was then applied, giving a fresh, light look. This was a great fit for Atlas, backing up the central concept behind the ‘orbiting’ idea. It’s an ideal end-point for the work, a really strong finished design. There’s an additional bonus. Satisfyingly for all of us, our client feels completely invested in the finished identity. 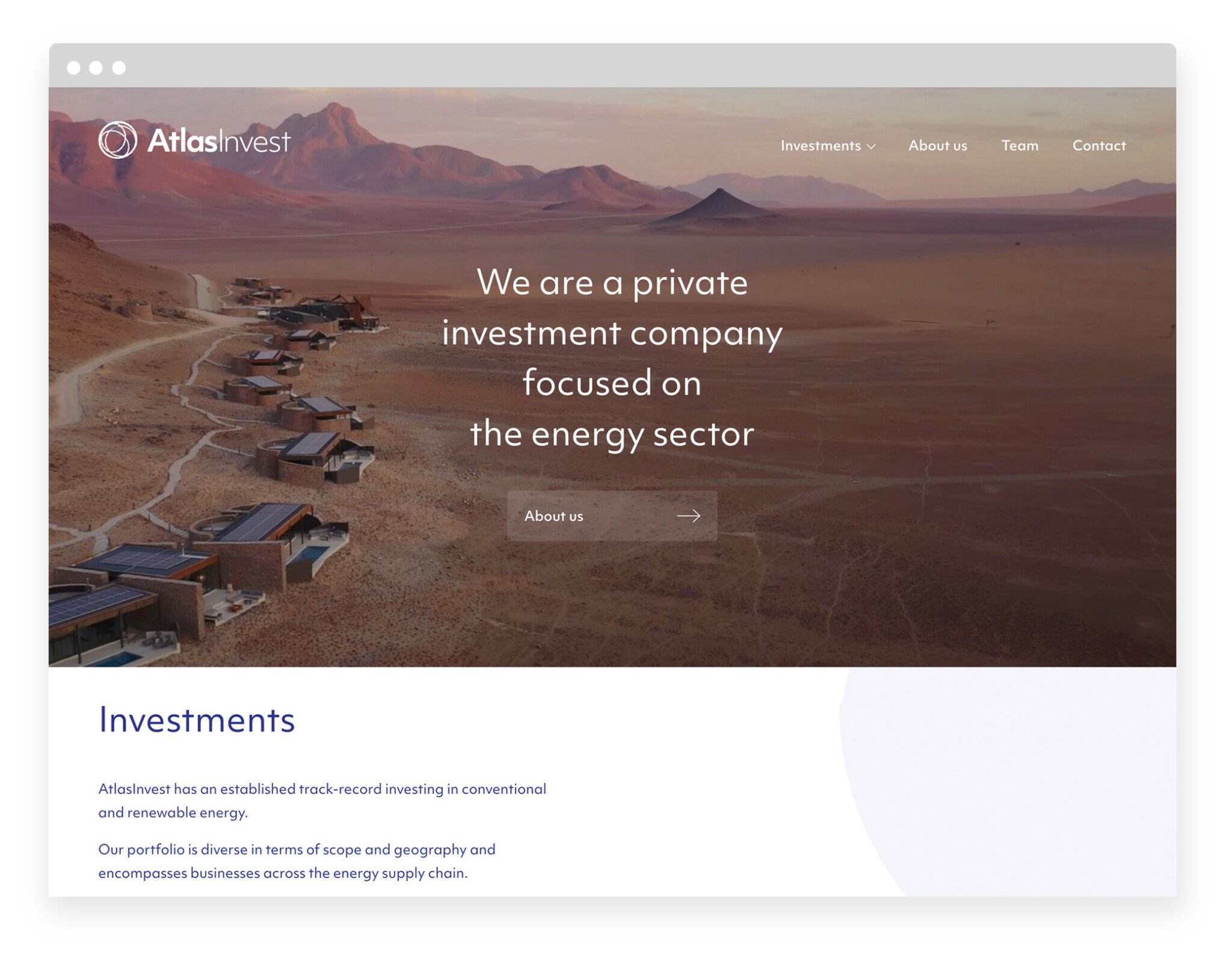 A strong, new approach to the web for AtlasInvest

Our new website for AtlasInvest significantly expands its footprint. In recent years the site had been formatted as a long, single scrolling page. This approach worked at the time, but with the firm expanding into new marketplaces and setting a fresh focus, it was felt that showcasing their portfolio would work well. We devised two ways of displaying these investments. This started with a global, top-down view of every business with which they are involved. A second approach selects a set of key investments and discusses the stories behind the firms, illustrated with imagery of their work. For me, it’s a smart way of applying a different approach to energy investment branding – with storytelling.

This, combined with a much-expanded section on the history of the private family office and the personalities who work within it, round out this website. As a user scrolls through these pages, one of the most satisfying visual aspects of the site is the way the identity expands to use colour, shape and texture. This gives context and backs up the new AtlasInvest identity. It is a continuation of a listening process to the more future-focussed, sustainable message the team wants to set out – and the manner in which they want to do that.

As we wrap our first phase of work for AtlasInvest, I am reflecting again on how branding agencies used to work. The old rabbit out of a hat approach. That era had its extraordinary moments and some amazing work came out of it. But there were one or two horror stories too. Clients want to feel that investment in their brand: listened to, not just told. Their viewpoint, particularly on a private family office project, is important. My conclusion is that when designer and client work together, work that’s just as satisfying as the grand reveal – if not more – is the result. 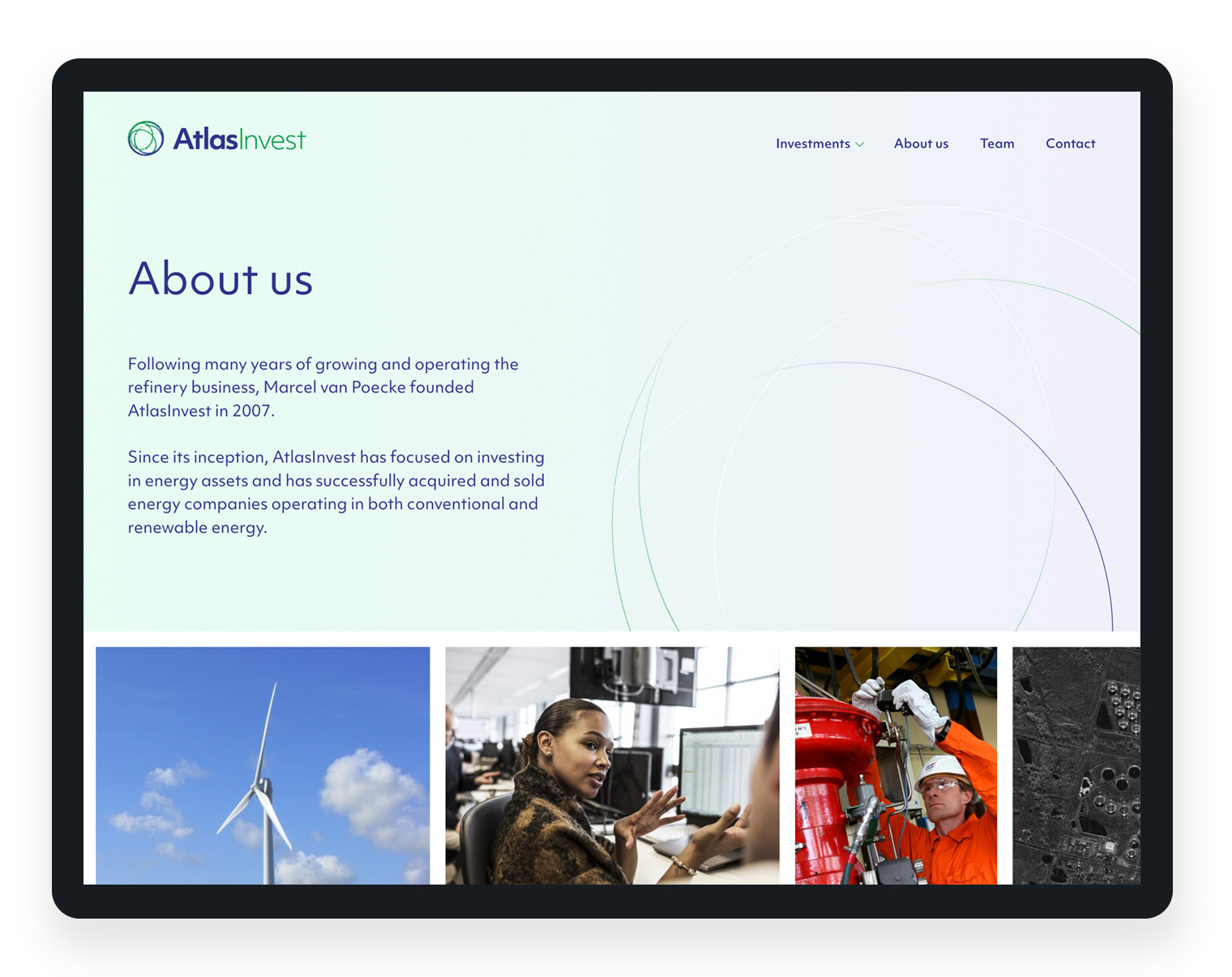 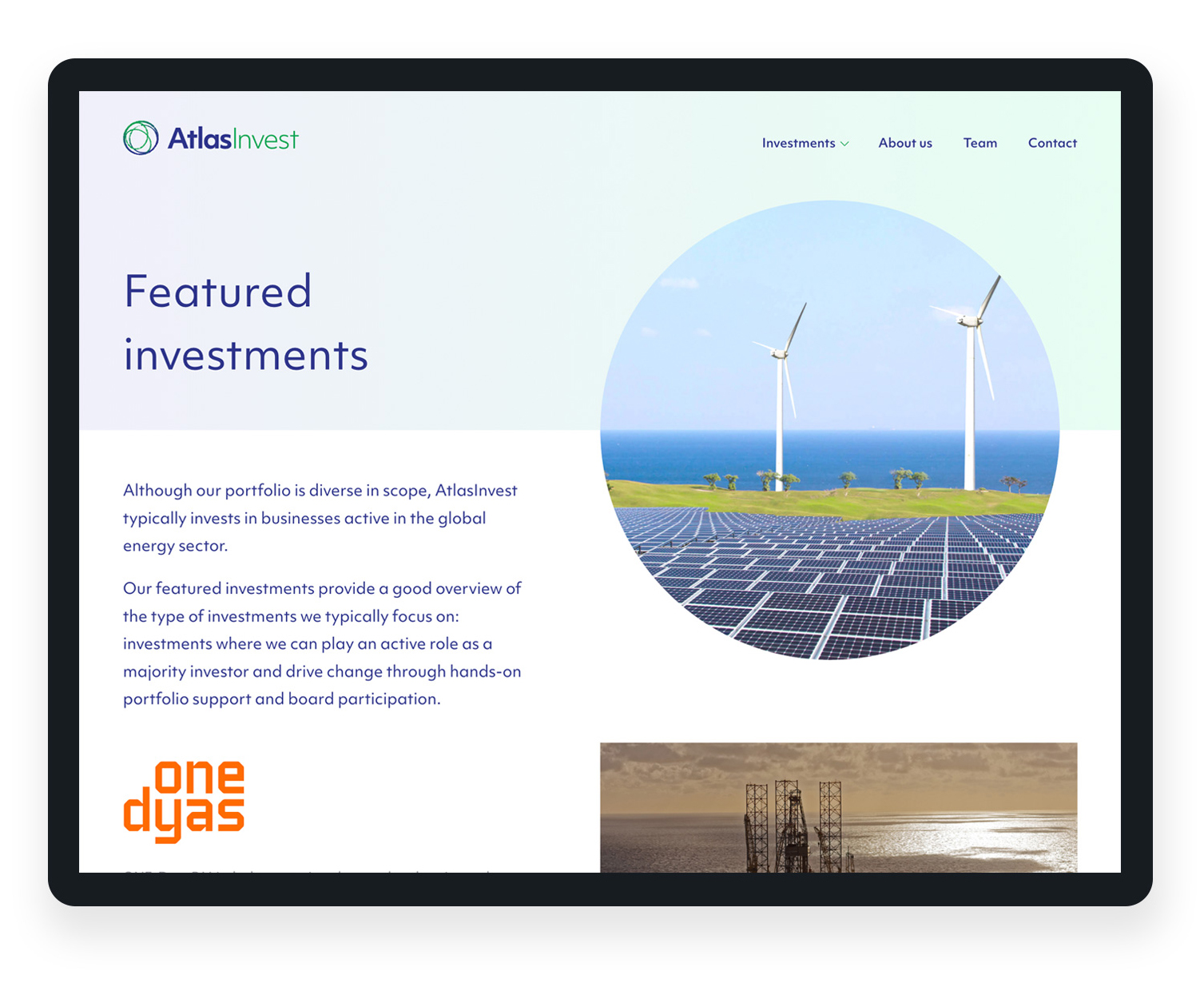 If you’re planning to re-look at the brand design of your financial services firm, why not get in touch to discuss a range of different approaches? We can work on designs from the simple to the sensational, depending on your brief and budget.

Find out more about our work for AtlasInvest 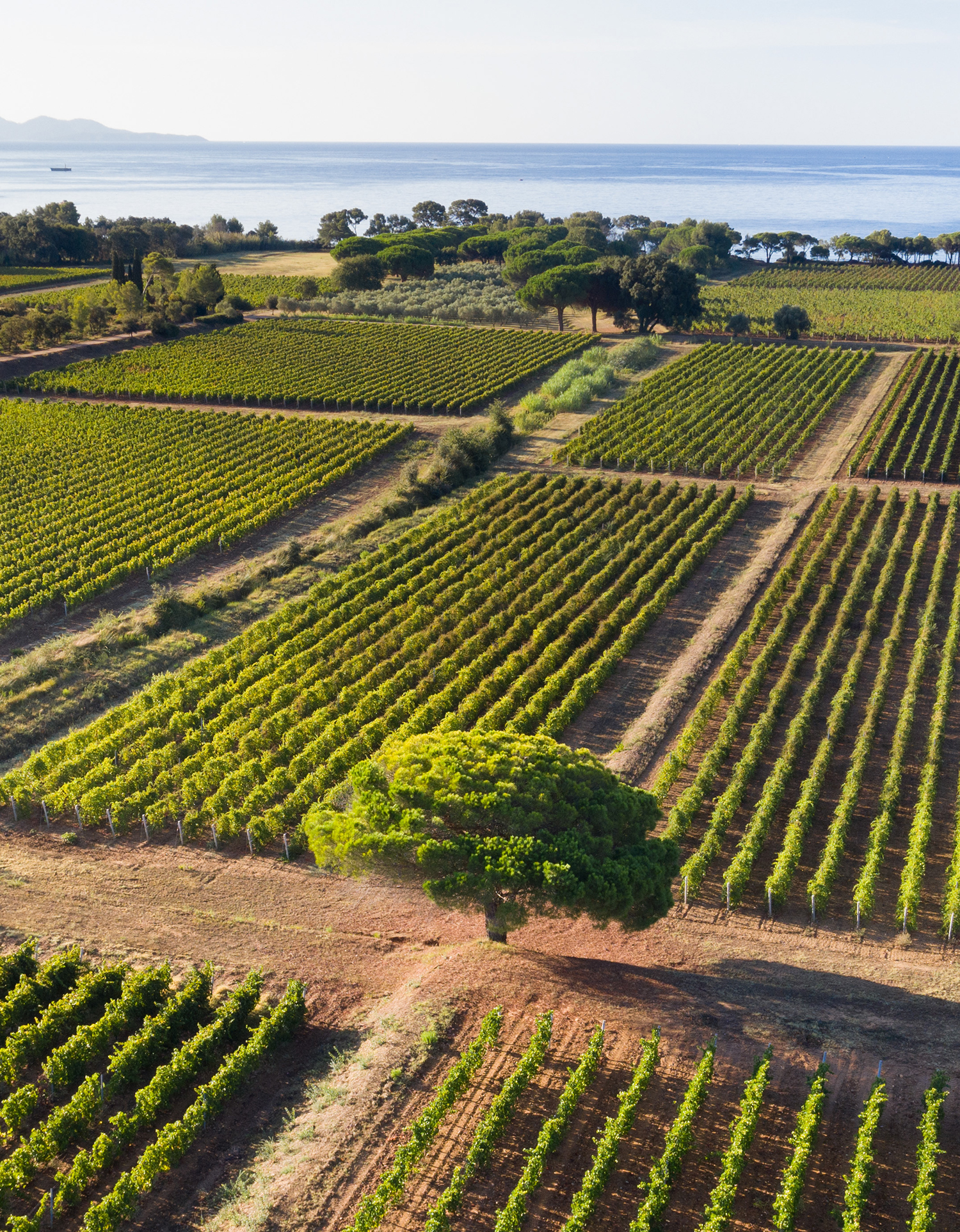 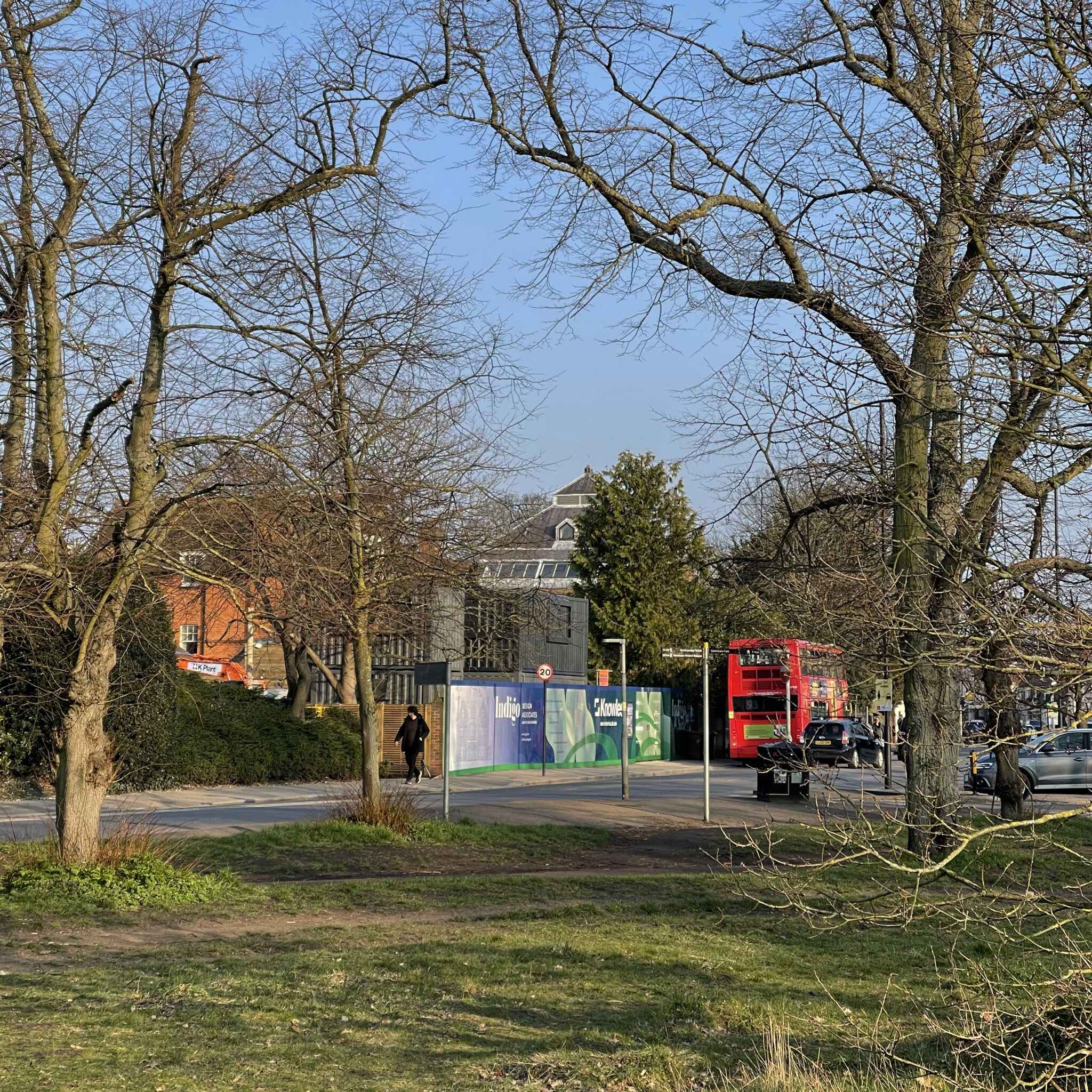 Posted 1 month ago in design chat 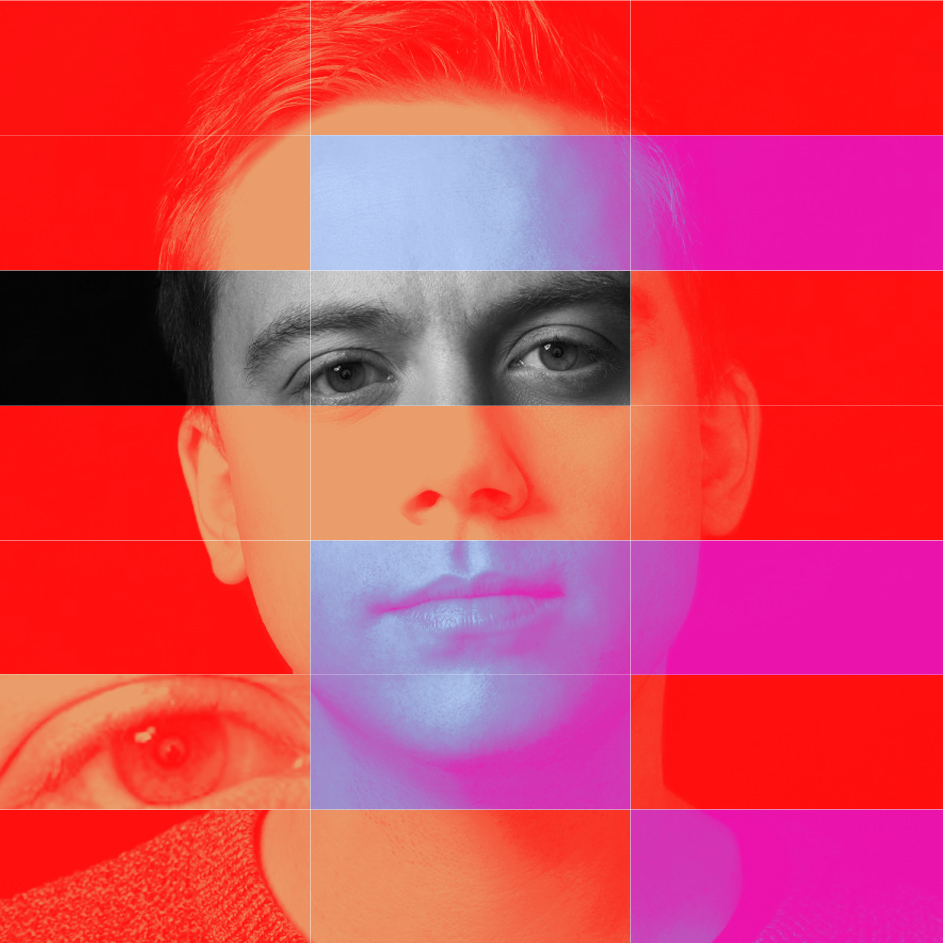