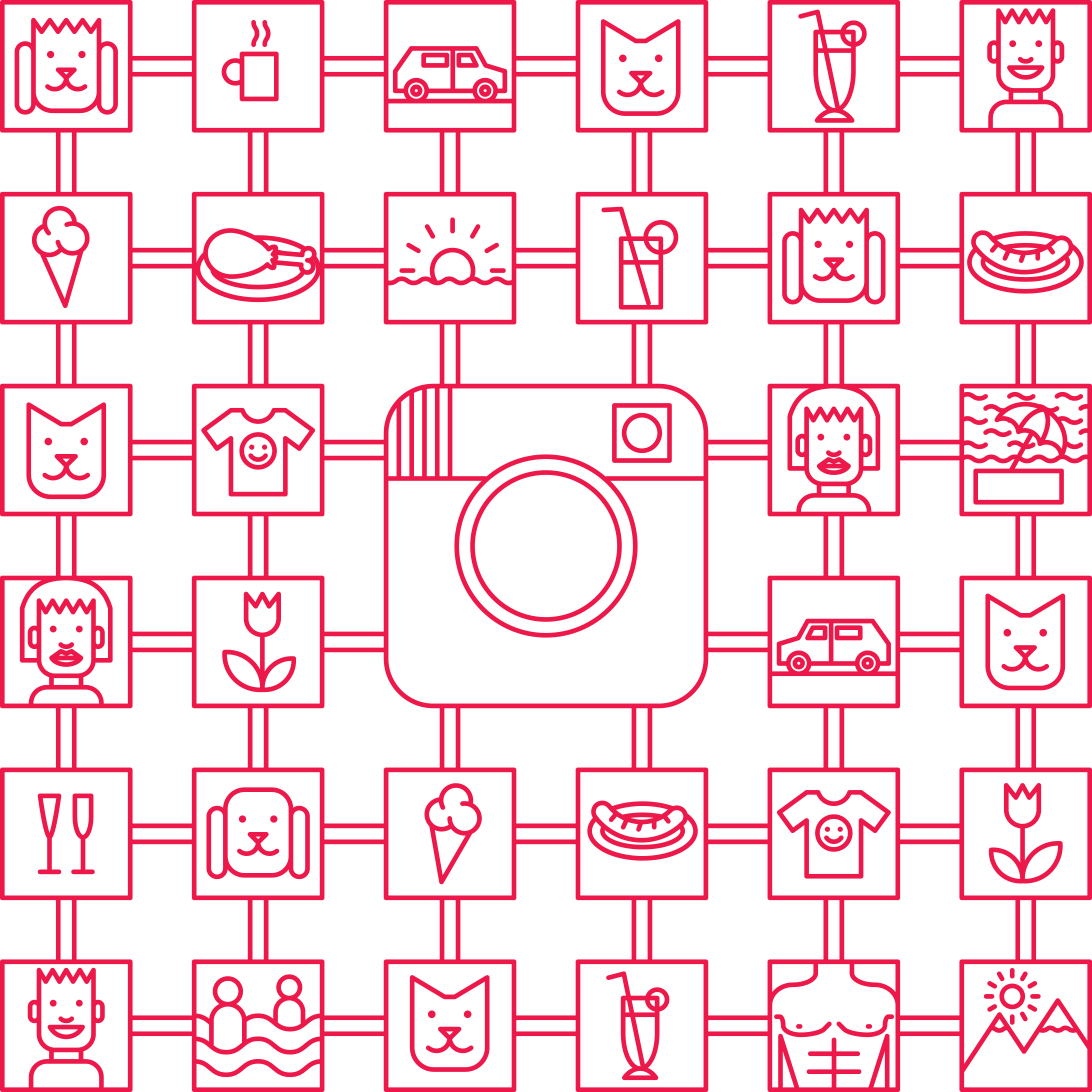 The subject of this piece: how to make Instagram work for your SME.

At turns compulsive, engrossing and impossible to ignore (or is that just me?), Instagram is arguably the best truly social media in the world today. Instagram has taken photo sharing, the element of Facebook people love best, and built a distinctive, instantly-recognisable suite of tools to improve image quality, then make them public. In so doing, Instagram has created a genuine community around ‘where you are’ and ‘what you’re doing’.

On the face of it, Instagram is the simplest offering imaginable: posting photos of friends or views isn’t exactly revolutionary. However what makes it successful is its informal, ‘soft’ yet persistent influence. A number of apparently simple features combine potently: the gradual growth in users’ followers; the number of likes they receive from a huge global audience; the way that hashtags create an immediate subsection of the app across topics and interests, and the different tones and themes of sophisticated users’ feeds.

All social media begins with the individual, then gradually commercial opportunities emerge. Instagram is a great of building a story, whether it be of your everyday life, or, increasingly, of the business you work for. From a commercial perspective, it speaks volumes about what your business does and how you do it. It explains what you sell, to what use those products or services would be best put, and by whom – as well as the core principles your business is run by.

And you may well ask: this from a photo or two uploaded a day? Yes. The time-honored cliché about ‘a thousand words’ was never more deftly applied than to Instagram. Quality of imagery, as well as more familiar social media rules such as consistency of content in terms of regularity and approach will build awareness and –yes– sales.

An ‘overnight success that was a year in the making’ is how Instagram has been described by its founders Kevin Systrom, who later joined forces with developer Mike Krieger to build the app.

It was originally just one part of a ‘geo-location check in’ app called ‘Burbn’ that was being developed (but never made it to the public domain). Part of that, a photo sharing and commenting section, was identified in early user testing as the most successful element. Instagram came about by the paring away all other elements from Burbn leaving simply location-tagged photo sharing, liking and commenting.

On the night Instagram launched, Kevin and Mike pressed ‘go’ and reckoned they had hours before people would download an app with no promotion that nobody had heard of. But, incredibly, within minutes downloads began around the world and had reached 100,000 in the first week. Millions of users later, the rest is history.

What sort of business is it useful for?

Given Instagram feels like a cocktail of Pinterest and Twitter, it’s worth considering how related elements of those media work best then bring that knowledge to bear here. Pinterest, another social media based solely on photography, always needs a photogenic subject matter. Twitter is a beast that constantly needs feeding – where posts are always visible but older material can quickly disappear on a user’s mobile device.

So the logical conclusion here is: Instagram is a good media for your business if you have regular, visually stimulating products or services that are constantly changing.

Taste of Lisbon, a ‘food tour’ business operating around the Portuguese capital. Its regular, mouthwatering photos showcase the gorgeous local treats for potential tourists, and capture the experience of a food tour for the unitiated. The overall impression is of an enjoyable experience led by informal yet knowledgeable tour guides.

The Good Life Experience, a new festival in Flint, North Wales, which celebrates rural living in all its forms. Cleverly for an annual event, they keep interest fresh with a low-key regular feed of images showing preparations for the next event, additions to the attractions and line-up, as well as memories of the previous festival.

RSwiader, an emerging minimalist-chic clothing brand based in Los Angeles has steadily built an audience of 4,000 (and counting) followers since it’s launch in March 2015. Its feed is a clever mix of mainly monochrome product visuals, model shoots and elegant images currently providing inspiration for the design team.

Potting Shed & Rectory Hotel in the Cotswolds is a great example of a small business using social media to reach beyond the traditional local remit of a British pub. Regular updates include daily menu changes, scenes from around the pub and surrounding area and images from other local businesses such as antique dealers, galleries and village fairs.

How can sharing images from your phone lead to sales?

This is a pretty simple one: with a little imagination and a carefully curated regular feed of images, you can tell a story around your business. To build a wider audience may take a little patience, but by being an active member of the community and following related businesses and using hashtags creatively, your audience will swiftly follow.

A ‘hard sell’ tends to be offputting, but if your audience think what you’re doing looks beautiful, different or visually striking, they’ll remain engaged and make a visit – sometimes visiting another country just to pay a visit to a place because it looks so good you just can’t miss out. Sound crazy? Maybe, but I’ve done it.