The Barbican: a gutsy approach to design for campaigns

The Barbican Estate is an internationally recognised Grade II* listed brutalist masterpiece revered by students (young and old) of the genre and most crucially by its residents. You wouldn’t think such an icon it would be subject to fundamental structural change – but it seems there are no sacred cows when it comes to London’s built environment in 2019. To local dismay, the City of London School for Girls has announced proposals for a significant expansion within the Barbican Estate. Supporting a grassroots appeal to debate these plans, we have built a new photography library and created materials for the press to give life to this nascent movement. This has unexpectedly turned into a smart little design project – and a great case study of graphic design for campaigns. 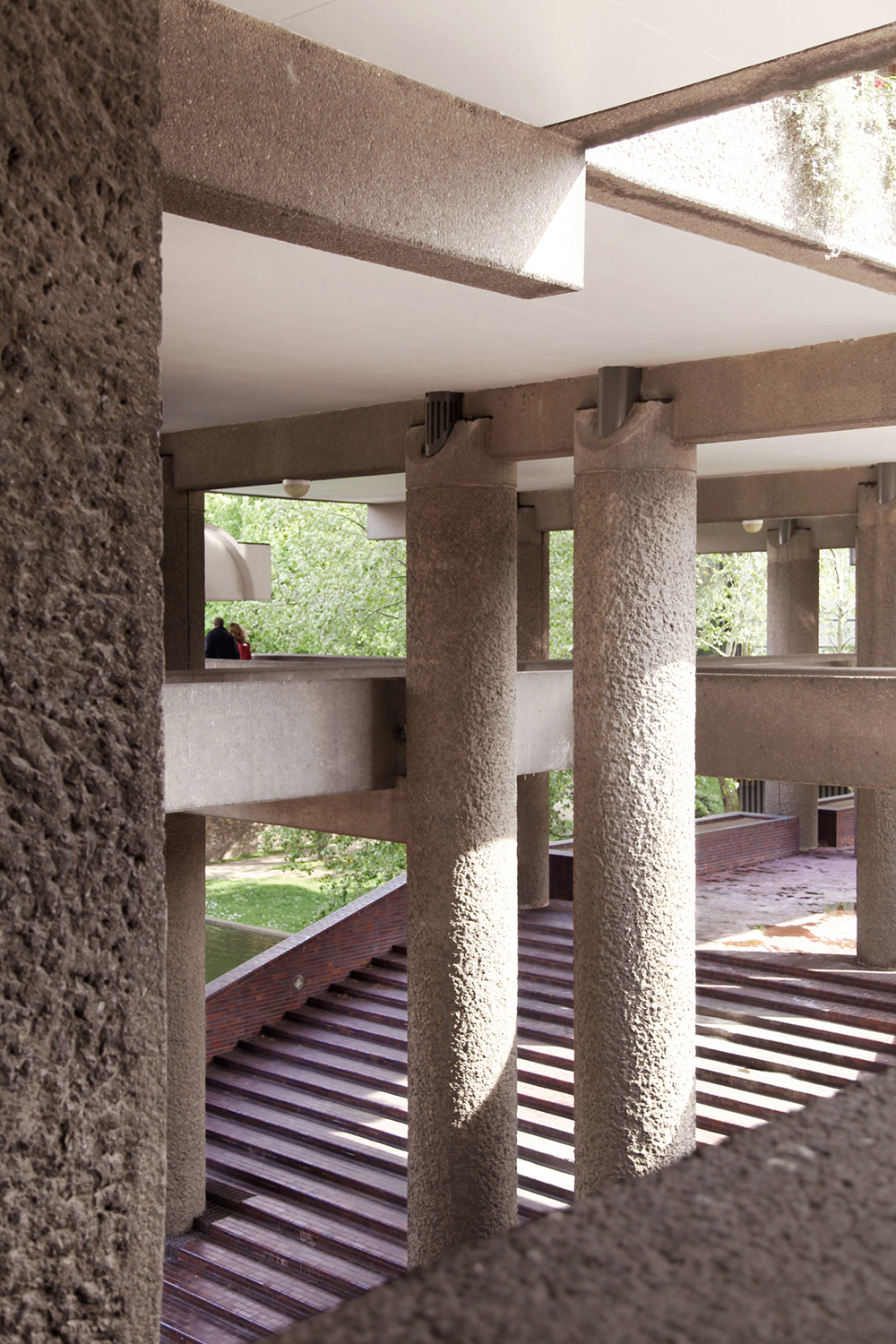 Our opening gambit was a relatively simple task – creating a high quality image library of sight-lines affected by the planning proposals. On a sunny May afternoon, I found myself in the privileged position of wandering through residents-only areas of the Barbican Estate. The aim was to capture the views and angles under threat by the plans.

The fantastic light that day meant that the building was seen at its best. Included with this post are a few samples of the shots I took. These have been built into a strong collection for use by a clever new Instagram account, residents on their personal social media and high-res downloads for the design and wider press. 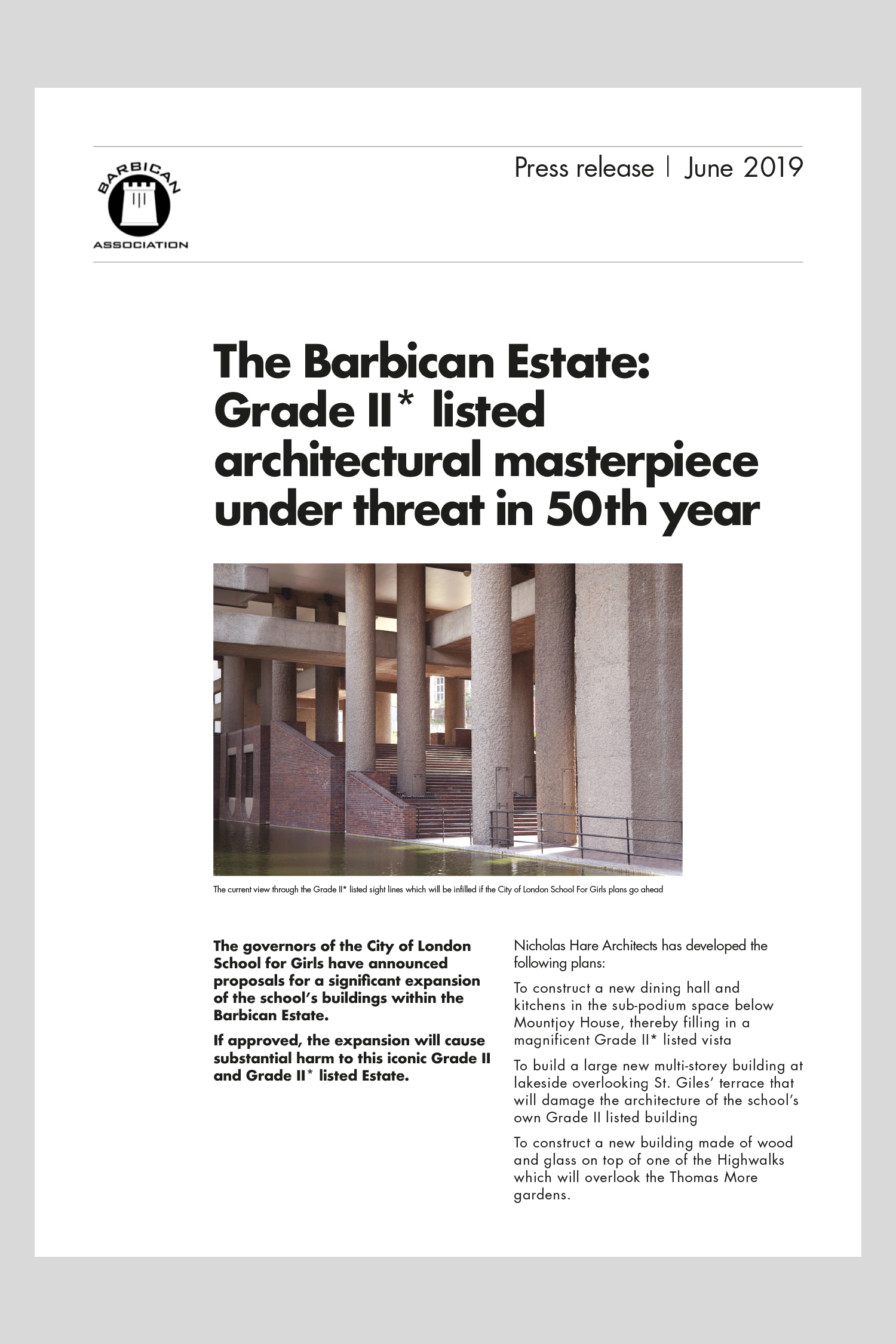 SPEAK TO THE RIGHT AUDIENCE DIRECT

To my delight, the response to the new photos was out of all proportion to expectations, particularly on social media. It’s a great lesson in the way that individuals or pressure groups with something to say can cut through and speak direct to the right audience.

Our next step was to use the new photos to devise a strong, persuasive press release that explained the plans and why in particular residents feel so strongly against the move. The primary idea was to speak to the design press but the campaign has quickly gained pace. Working with local residents who supplied us with thoughtful, crisp copy, the release speaks frankly to admiration for the building and their home as well as clearly explaining the plans as they stand.

It reminded me of our work for think tank Policy Connect for whom we’ve acted consistently over the last ten years designing hard-hitting reports on public policy. Those pieces of work carefully targeted special interest groups using bold, memorable graphic brochure covers much as this project does.

As the Barbican Residents’ campaign kicks off in earnest, we hope to continue our support for this architectural gem and the people who love it best. 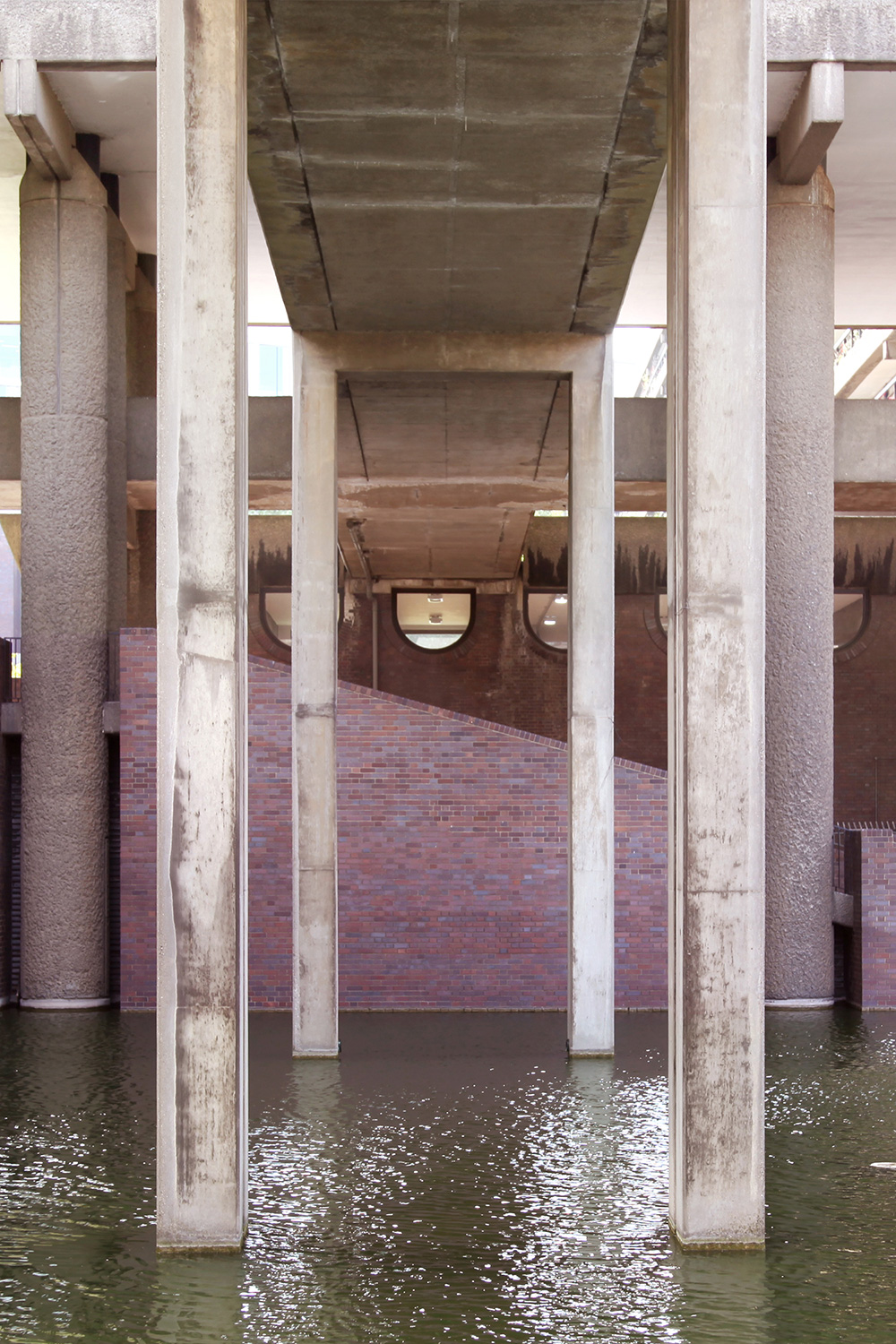 THE BEST WAY TO DESIGN FOR CAMPAIGNS

If you need to speak to the press, whether it’s for a special interest group, think tank or NGO, we’d be interested in listening to ideas and finding creative responses to such a brief. Give us a call on 020 7351 4083 to discuss your project.

Detailed information about the proposed plans

More about our work for think tank Policy Connect 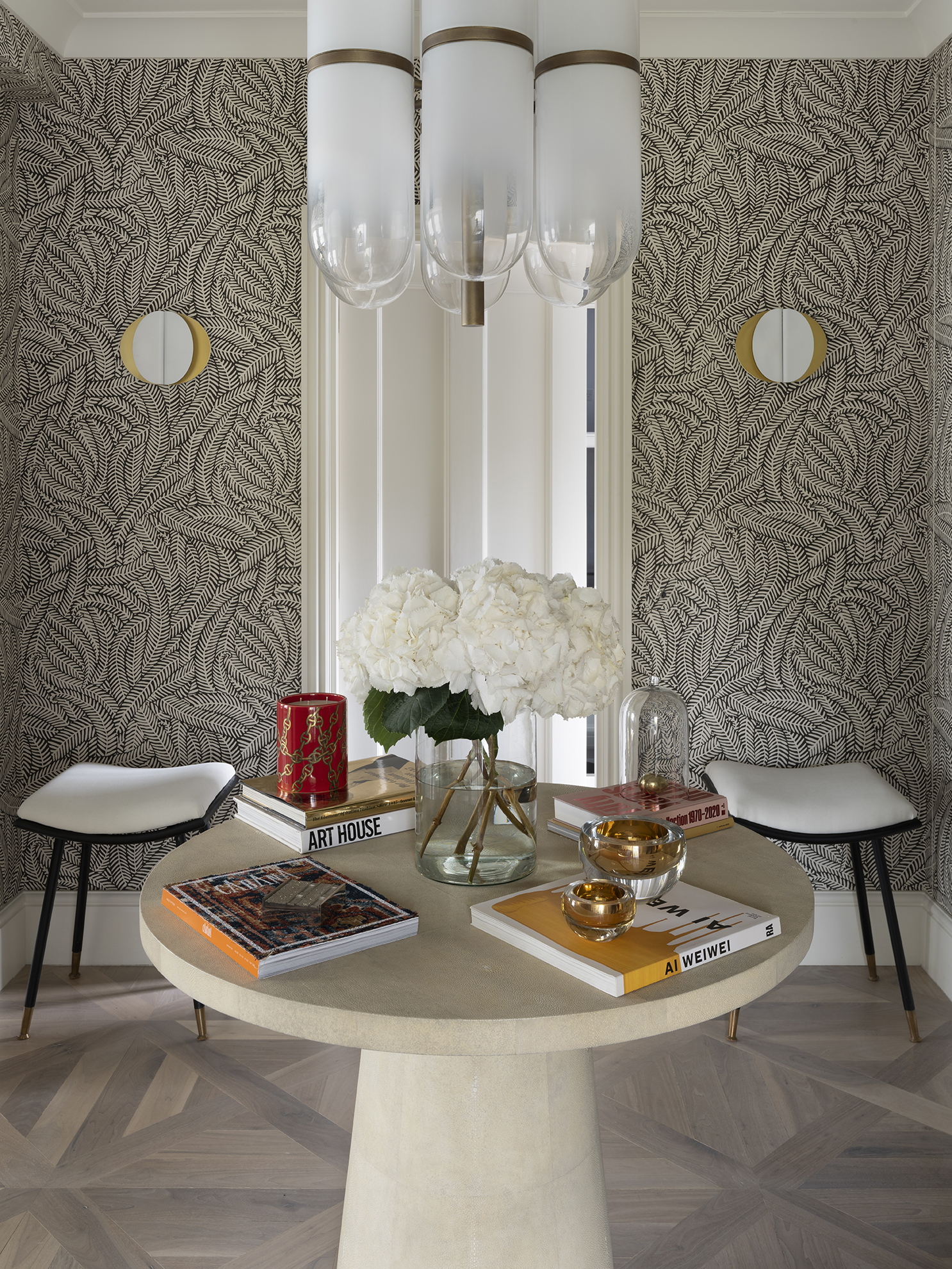