Searching for online perfection? Incremental web design is the answer

There’s that expression I keep hearing these days, ‘don’t let perfect be the enemy of good’. And there’s something to it. In our studio we strive for a superb, creative outcome on every piece of work.

But sometimes inevitably constraints mean that the ideal project they wanted is impossible because… maybe the photos aren’t ready (or these days, the shoot is delayed). Perhaps budget is tight. Or a major new product doesn’t launch for a few months, but that can’t delay the finished website.

Whatever the reason, I try to find the positive in the situation. We try and encourage our clients to press ahead with what they have now, then build on that work. It’s an approach I call ‘incremental web design’: where money isn’t wasted, but seen as an initial investment built upon over time, defining an easy-does-it approach to a fantastic website.

Over the last decade, the Shine School Media Awards has consistently rewarded the UK’s best school magazines or newspapers. In the seven years I’ve been involved with this annual competition, the team behind the project have always worked on incrementally improving every aspect of it, adapting with the times. For instance, latterly we’ve introduced a podcast category and have begun accepting digital publications and highly sophisticated websites.

That said, the familiar pattern of the year, leading up to a grand gala ceremony at Stationers’ Hall in the City of London, has never really changed. However, this year, we reinvented it – at a few weeks’ notice. When Stationers Hall closed in April, it was a terrible blow, made even more complicated by schools moving to online learning.

We pondered cancellation. However: it turned out that it was much too early to count out our students, whose enthusiasm spurred us on to be radical and hold this year’s ceremony as an online event.

The nature of our work – designing, being creative, looking after our clients, completing the projects commissioned – hasn’t changed in the past three months, but the delivery and communications of the work? That’s another story. We now have a set of new clients for whom we’ve written proposals, started projects, designed an identity and gone live with websites – who we’ve never met in person.

Meeting via Zoom has become not just acceptable but the standard, saving everyone involved hours of travel and waiting around without negatively affecting the work. Meeting in person does have it’s benefits though. Designing an identity means understanding personalities – and that’s particularly true of what I call ‘signature businesses’ (like mine!) with the name of the owner at the top of the page. A case in point of such a recent ‘lockdown client’ project is this new branding and website for Chelsea style guru Alessia Nicolini.

Here’s the remarkable thing: I’ve still not met Alessia in person – despite it turning out that she’s a neighbour, running her office from the same building as us. But we’ve made it work – very well – and I am incredibly pleased with the outcome.

Everything has a battery in it. Things that we could never have imagined needing one, now require a power source. Thermostats. Doorbells. Picture frames. All need charging – and crucially, all contain the same sort of lithium battery we’ve been using for decades. The devices they reside within may be cutting edge, but the source of their power is another matter.

There are teams all over the world working on this problem, but one of them, LiNa Energy, a startup at Lancaster University, is working on a new type of battery platform using sodium. Our role has been to work on a rebrand project – which has turned out to be a superb case study of tech startup logo and web design.

People often talk about owners resembling their pets. In the TikTok era, this usually arrives with a readymade set of outlandish video proof, usually involving an upside down cat or extremely disgruntled bulldog.

While I’m not one for crazy pet memes, I do think there’s an (admittedly tangential) metaphor to draw between the pets/owners trope and something that occurred to me at the weekend: namely websites being a stylistic reflection of the businesses they belong to.

This thought was inspired by a project we’ve just completed, a web design for real estate business London & Oriental. As a company they are particularly proud of their attention to detail, so we felt the need to rise to that challenge ourselves.

The end result is that every aspect of the site’s layout has been considered and then re-thought, the end result being the most perfect, almost architecturally structured layout. 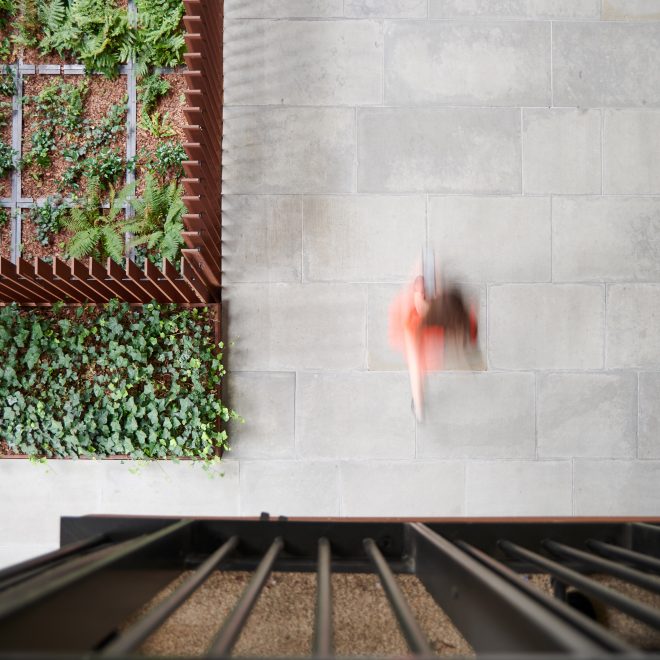 Over the past six months we’ve been working on a series of great brand and web projects. This is one of the biggest and covers nearly all the disciplines in which we work. Our client is the global business logistics consultancy MovePlan.

Their brief to us was to retain their longstanding brand identity and update it by working on a fresh approach to all the ‘moving parts’. This has covered in particular creating a library of custom photography which we’ve applied to the digital assets they use for sales.

With so much uncertainty around today, the kind of project where a strong, familiar brand is updated with better marketing may suit many businesses. In particular those with one eye on ‘what comes next’ and how best to use a squeezed marketing budget. Strategic thinking is the order of the day and this project is a great answer to the question ‘how do I plan a rebrand?’.

Why every design project ends up redefining your brand

How to see through political uncertainty and keep selling