Where do we get our energy from? Where do we store it? Is our flow of it secure? How much does it cost? Is it ethical? Some of the questions of our time, about which trying to understand answers is challenging, not least for a graphic designer. Yet, sometimes doing what we do, my team and I find ourselves in the right place at the right time. This is a story about such a moment.

I first visited the labs of LiNa Energy in the Autumn of 2019 when they were based on the campus of the University of Lancaster. The team had begun developing a new sort of battery that was based on sodium and our mission was to work on a new identity and take photographs for the website they needed. That site launched in the early months of the pandemic and I recall thinking that would be the last tech startup web design project we’d be doing with original content we’d created for a while.

But, nearly three years later, we’ve been back. LiNa needed us to rework that launch site with a new photo set, expanded branding work and all manner of new features including vector animation explaining how their battery cell operates in a straightforward, clear way. To gain understanding of complex science (or anything) sometimes you need to boil them down to their core essence and that’s what I hope this project does. 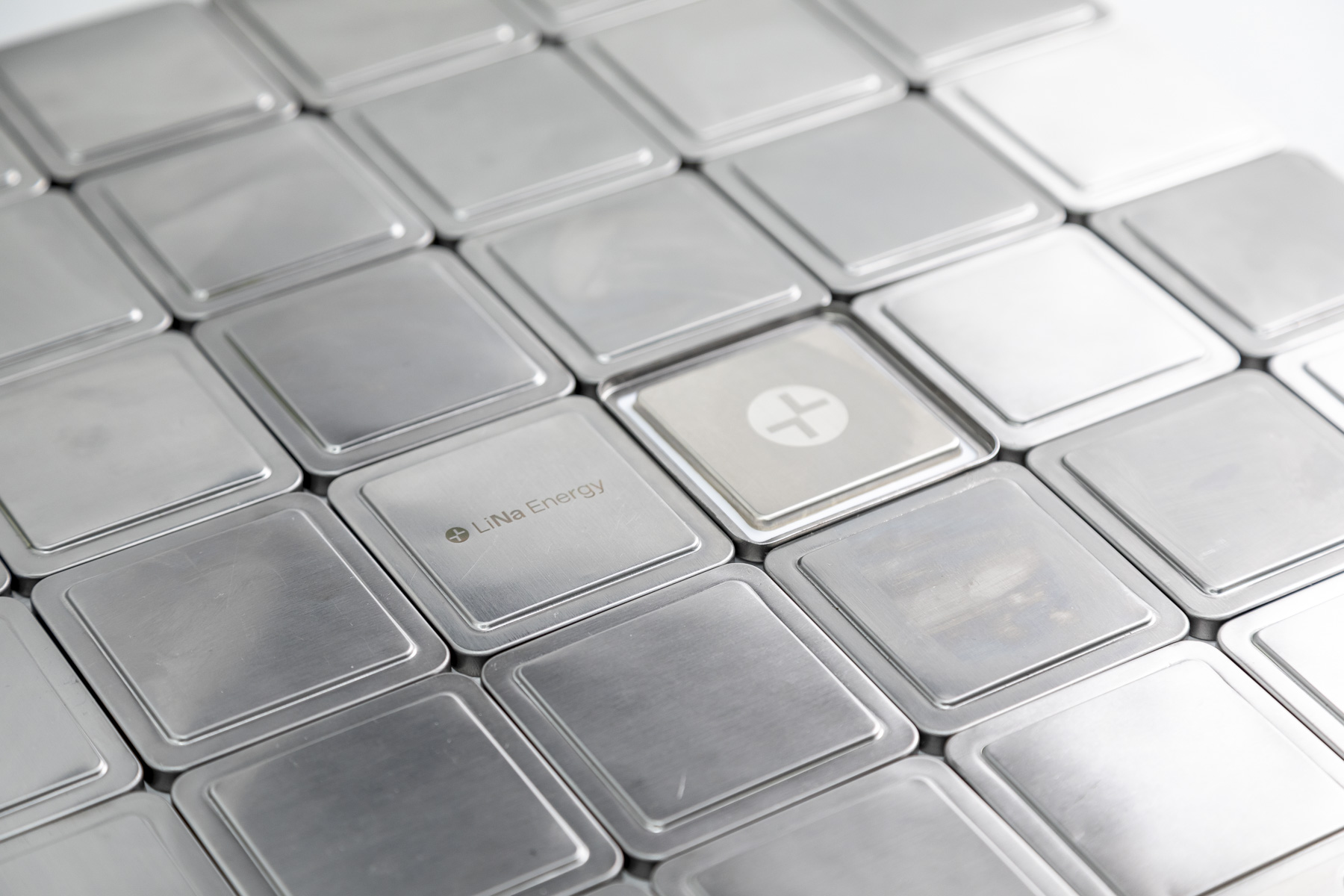 Early this year, we started talking with LiNa Energy about how they might expand the ‘startup site’ we developed for them. The business had recently relocated from their first premises on the campus of the University of Lancaster to a newly converted industrial building in the centre of the city. The brand design we had developed for LiNa has been deployed everywhere: in signage across the site and anything from mugs, hoodies to lab coats it was possible to have the logo printed or stitched on. After a long stretch of digital-led work, it’s incredibly gratifying to see the design on all these physical items.

Essentially, in the three years since we first worked on the branding, things had (literally) moved on. Having occupied new, vastly expanded premises established themselves as a growing business, Lina were keen that their online presence reflected the established, successful enterprise they have become. In essence, from lab project to prototyping phase, the brief was a tech startup web design project that captured all they had achieved and set the stage for the future.

Along with my longtime collaborator, photographer Andy Rose, We visited LiNa’s new facility in May to take a new suite of custom photography to showcase the highly technical production facility as well as the personalities that drove the project at work. Rather than headshots, we were keen to capture the team working, as well as taking a series of striking concept shots of the battery cell and its production processes. 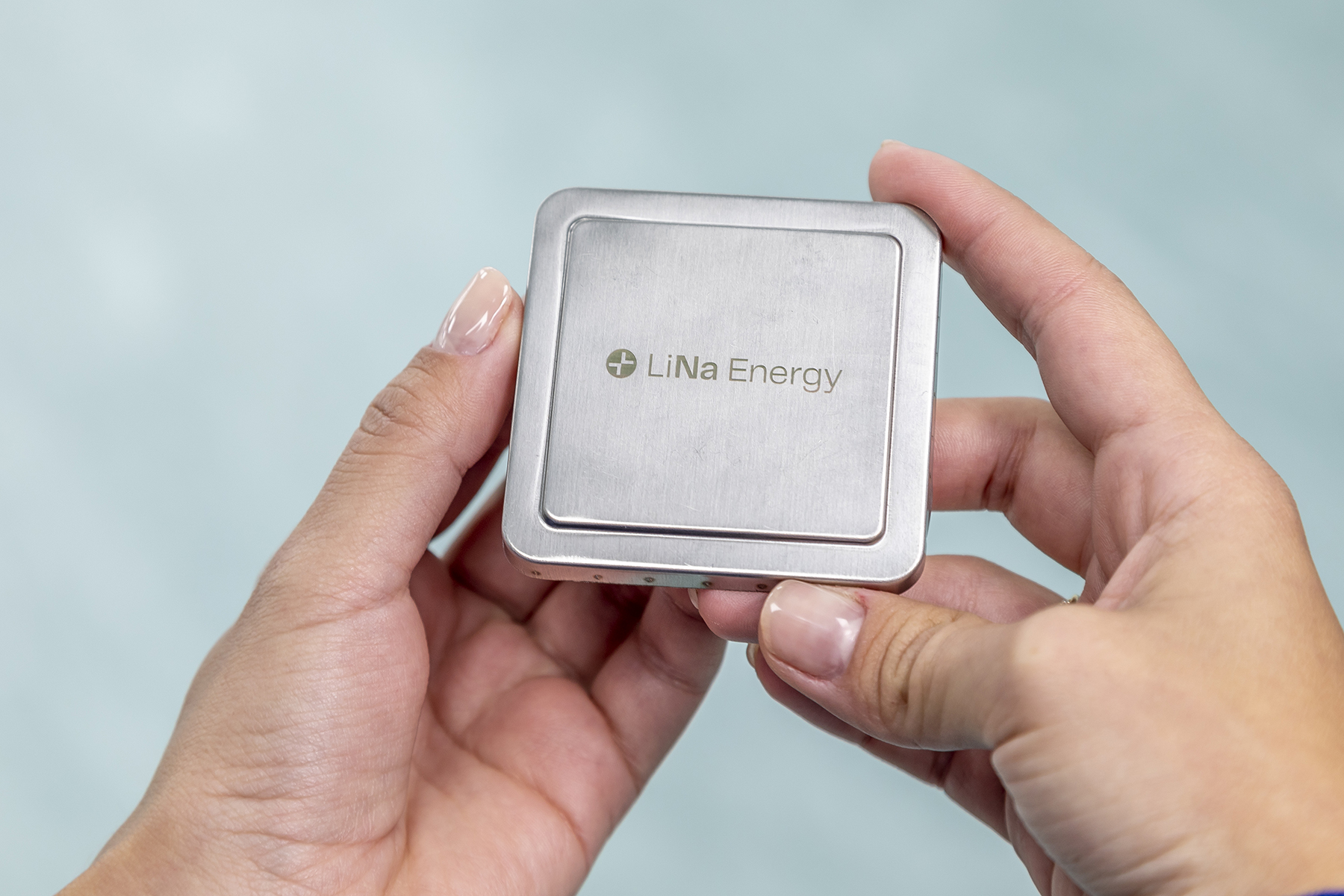 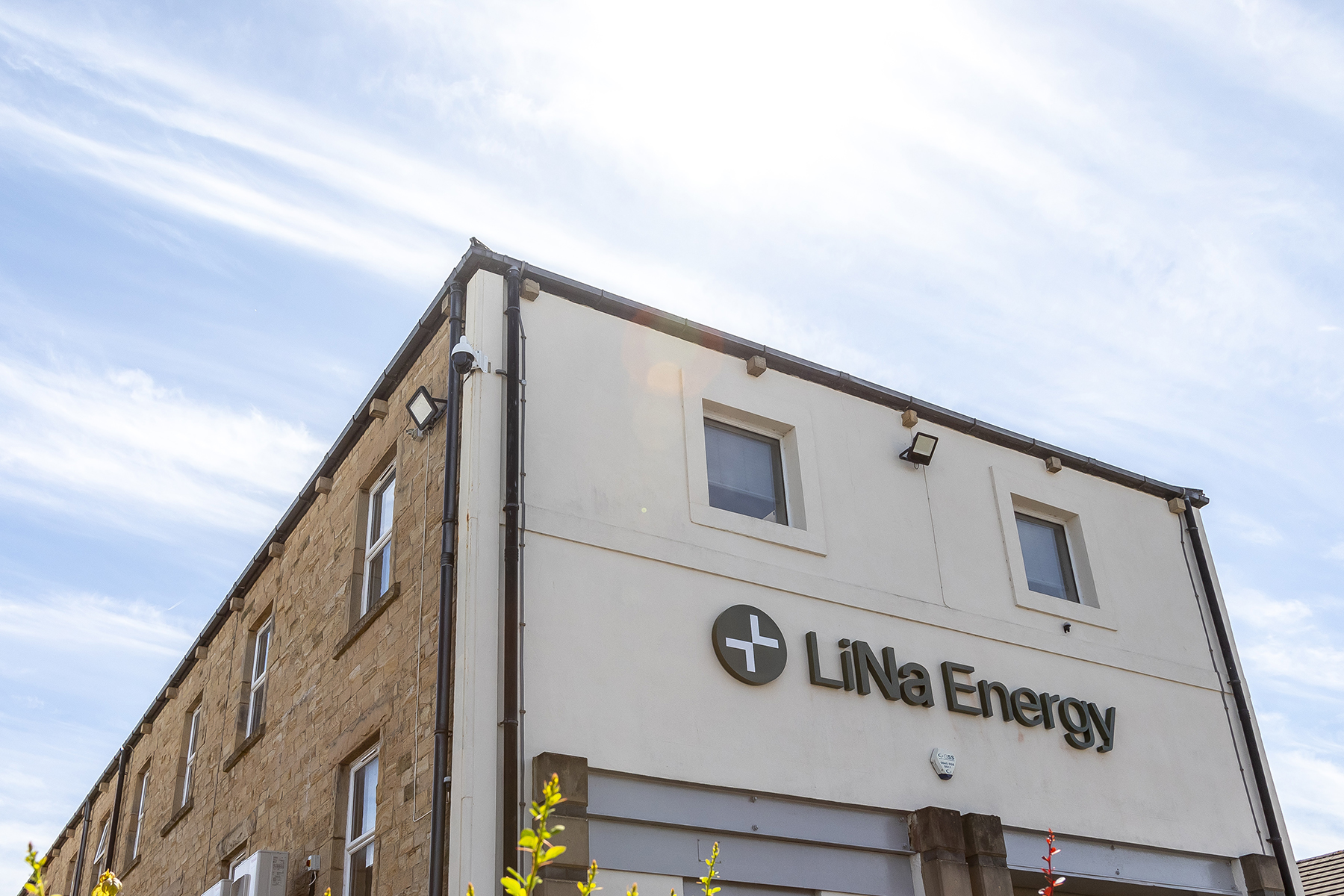 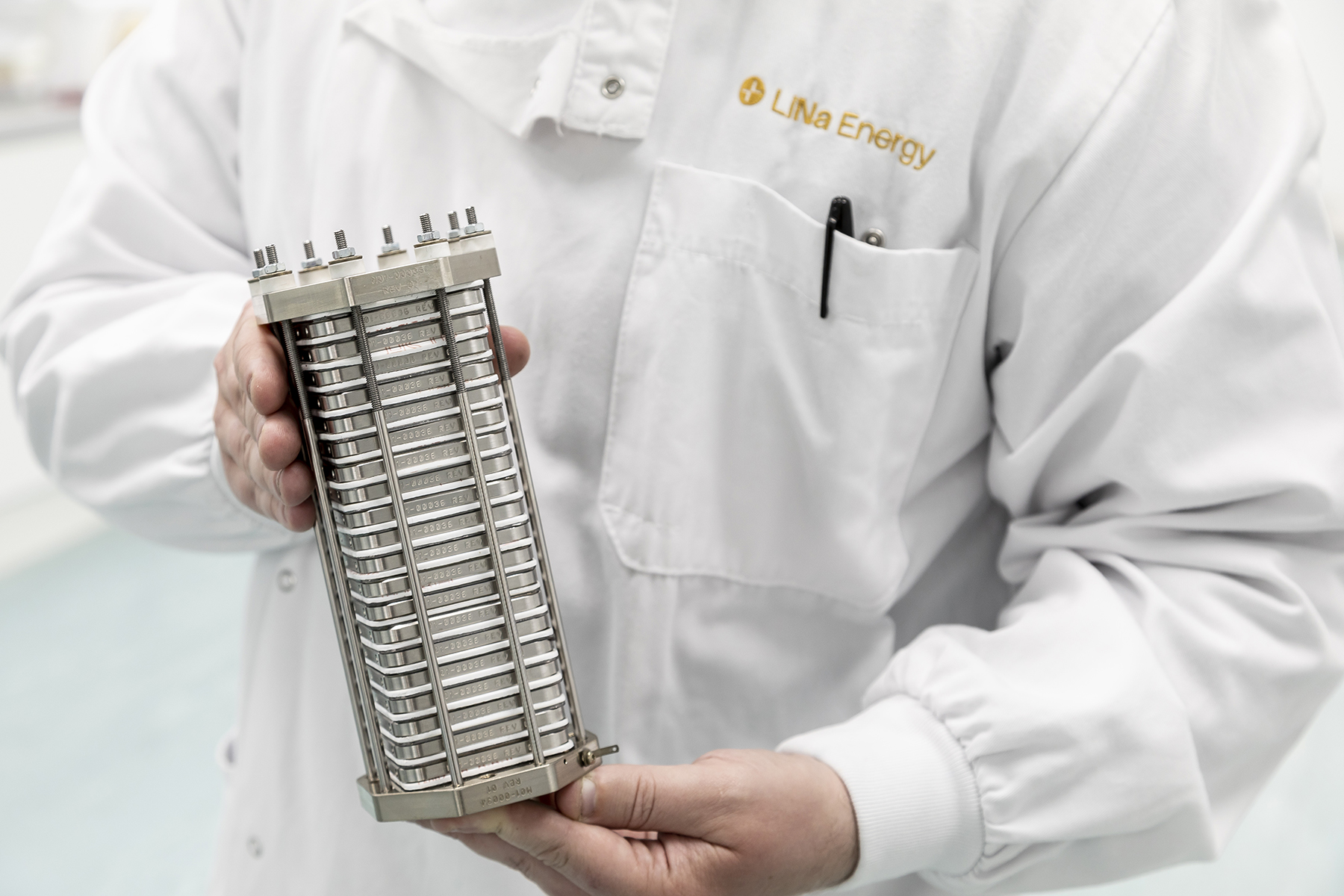 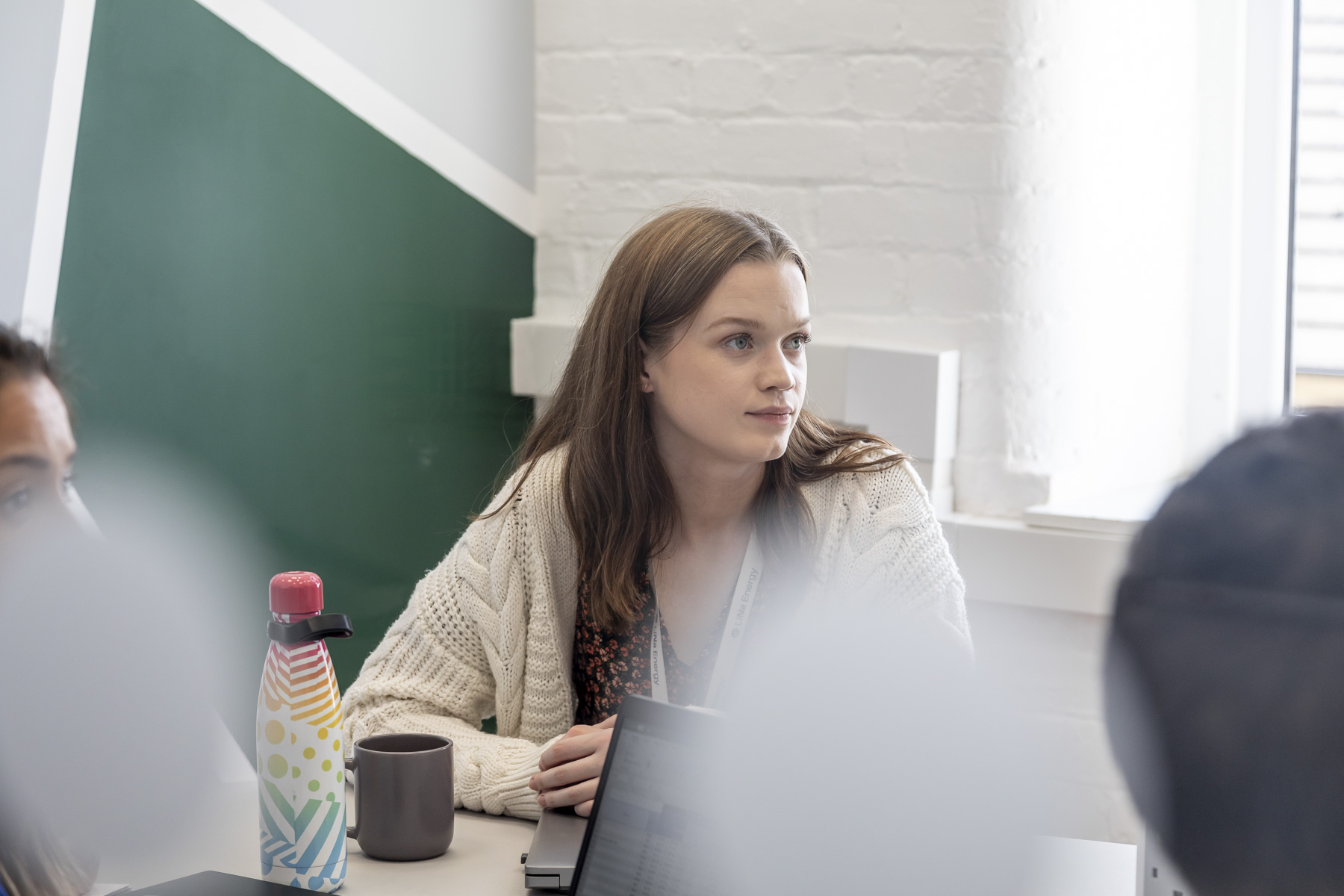 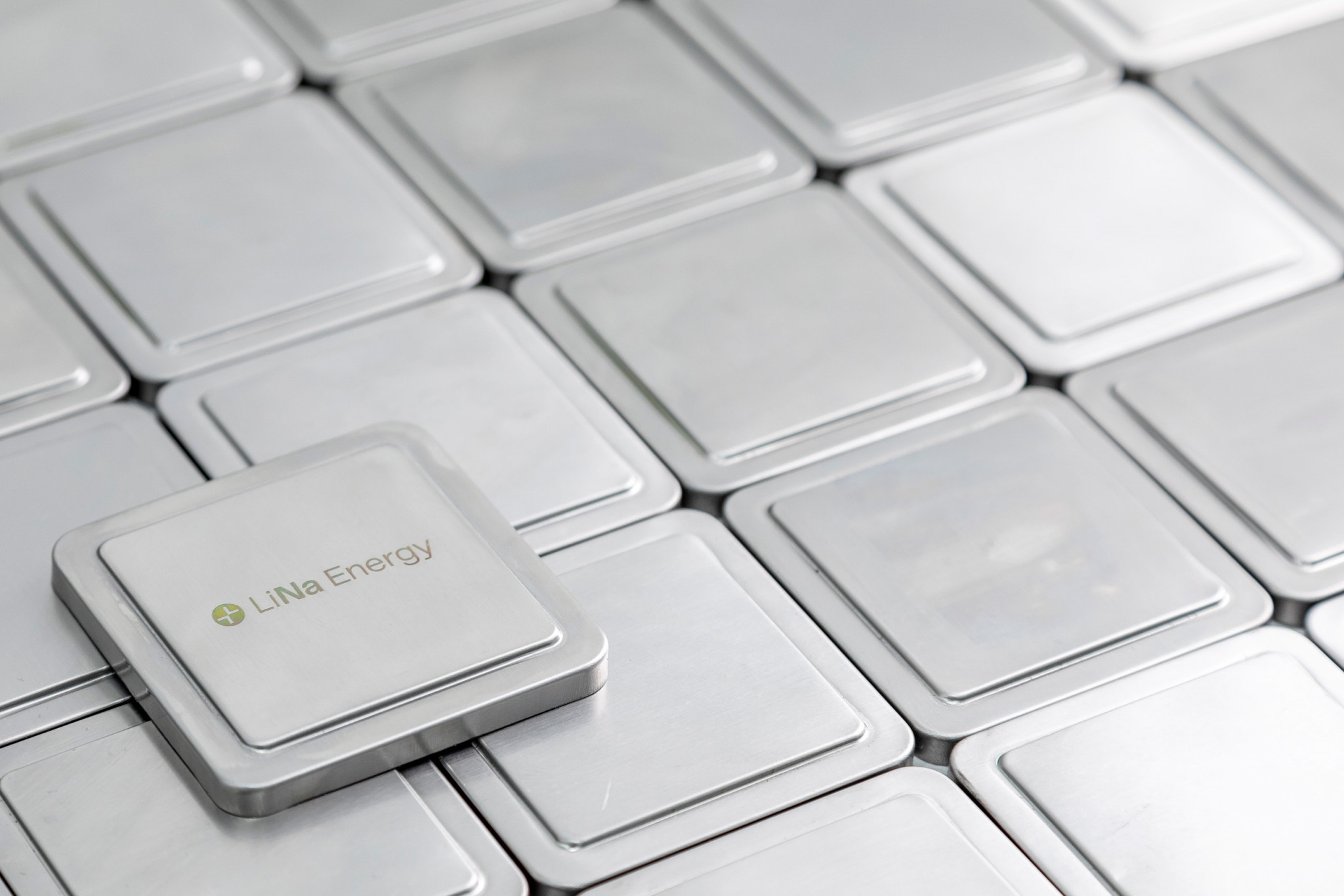 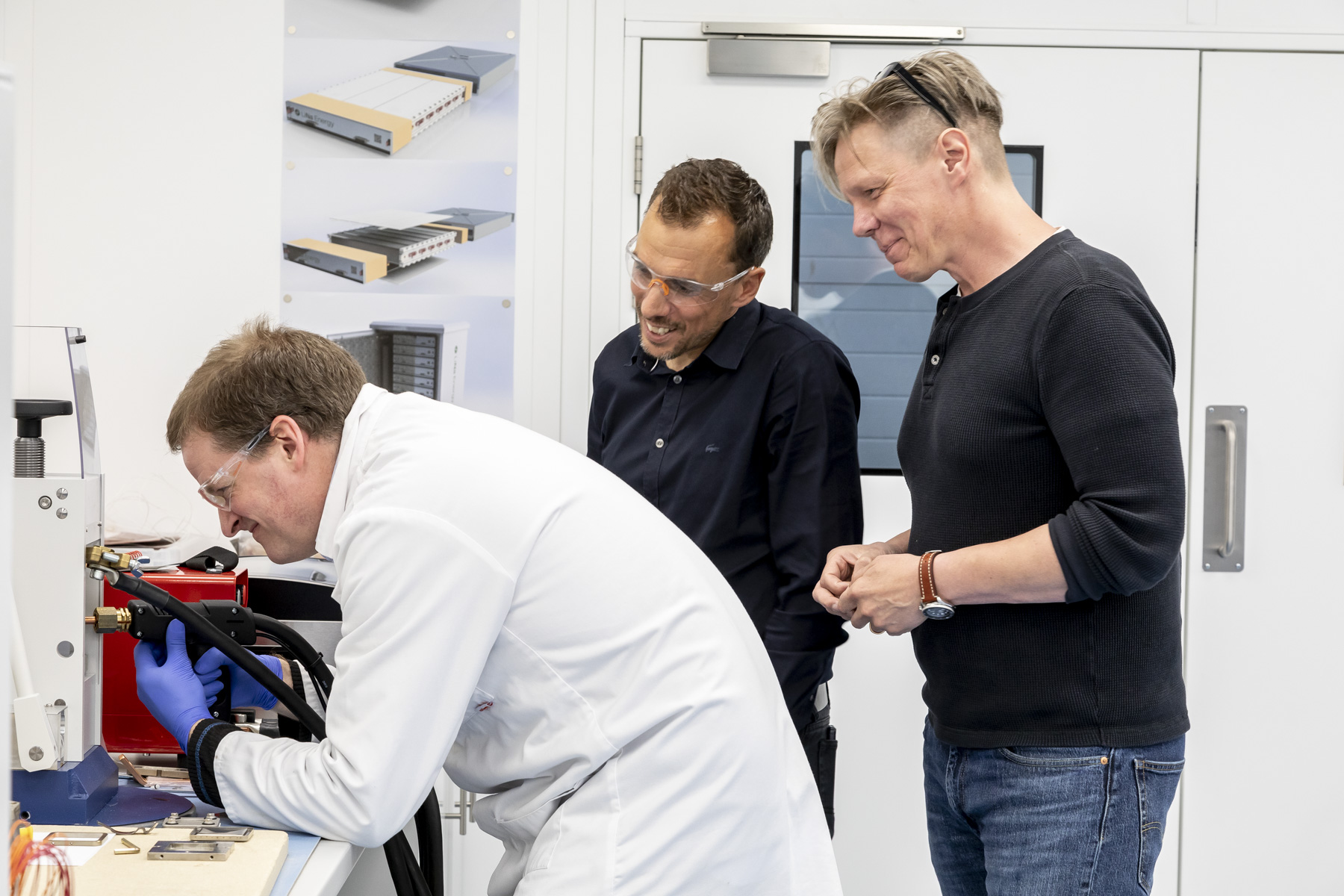 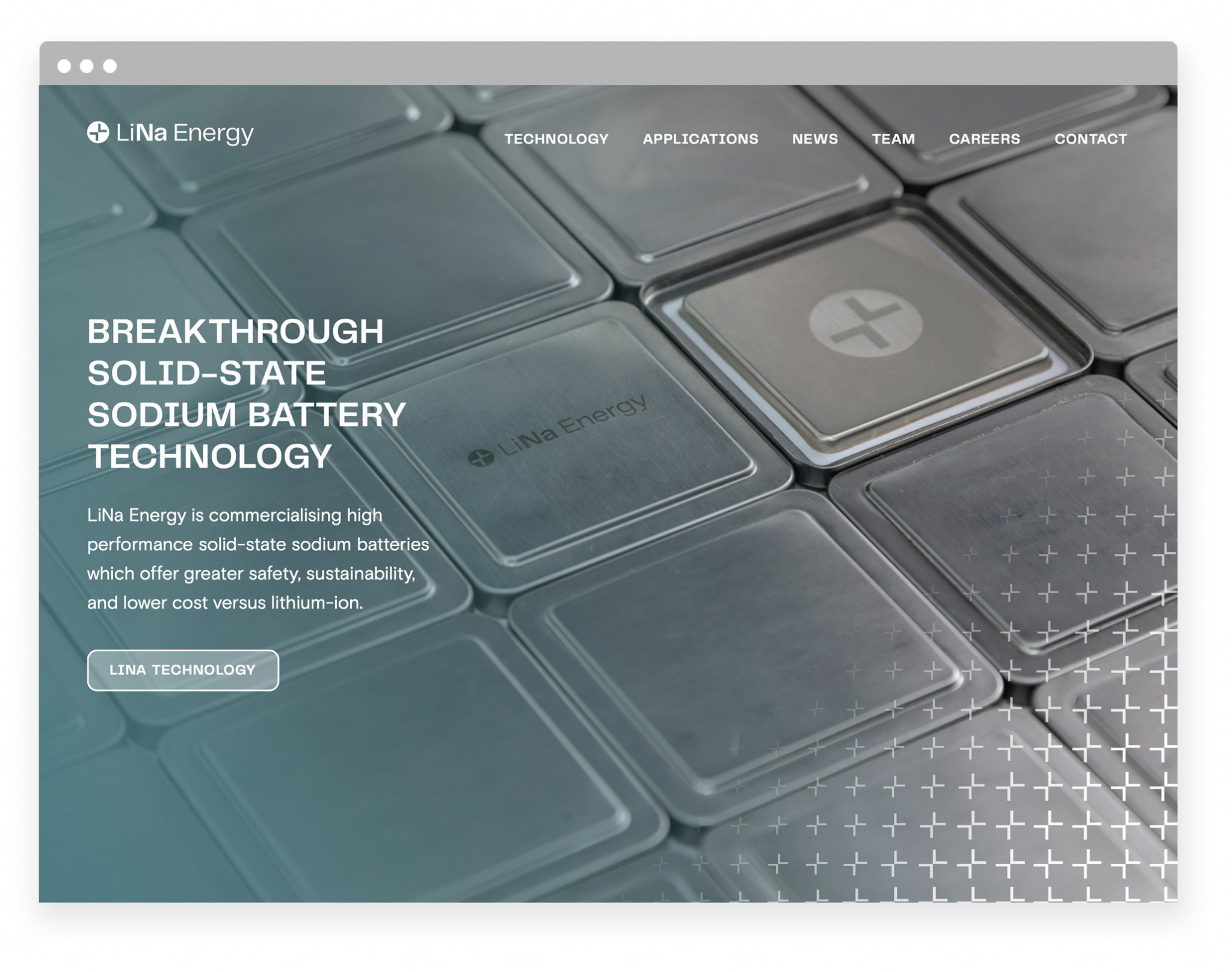 As I mentioned, our work can often require mastering an understanding of a highly complex or technical matter, whether it be financial, legal, in manufacturing or in this case, scientific. Explaining things by using diagrams or information graphics has been a technique we’ve considered many times over. However, in this instance we have an example of combining two of our most reliable approaches: motion using pin-sharp vector animation and hand-drawn graphics. To create this, we needed a specialist and we briefed this part of the project to Seville-based technical artist Francisco Javier González y García.

Francisco completed two outstanding pieces of work for us on this project. First is a concertina-style exploded diagram which explains the series of layers within each cell. This bounces back and forth, simplifying an enormously complex process. The second is a demonstration of energy flow, demonstrating the cell in a more practical way, delivering power to light a bulb.

These aren’t complicated or revolutionary drawings, that wasn’t the point. But in some ways these are radical. It’s the first time we’ve used vector animation not merely in a decorative but a practical, almost didactic way. This is something I’ve been interested to try for some months and I am thrilled to see the end result working, in such a perfect application. 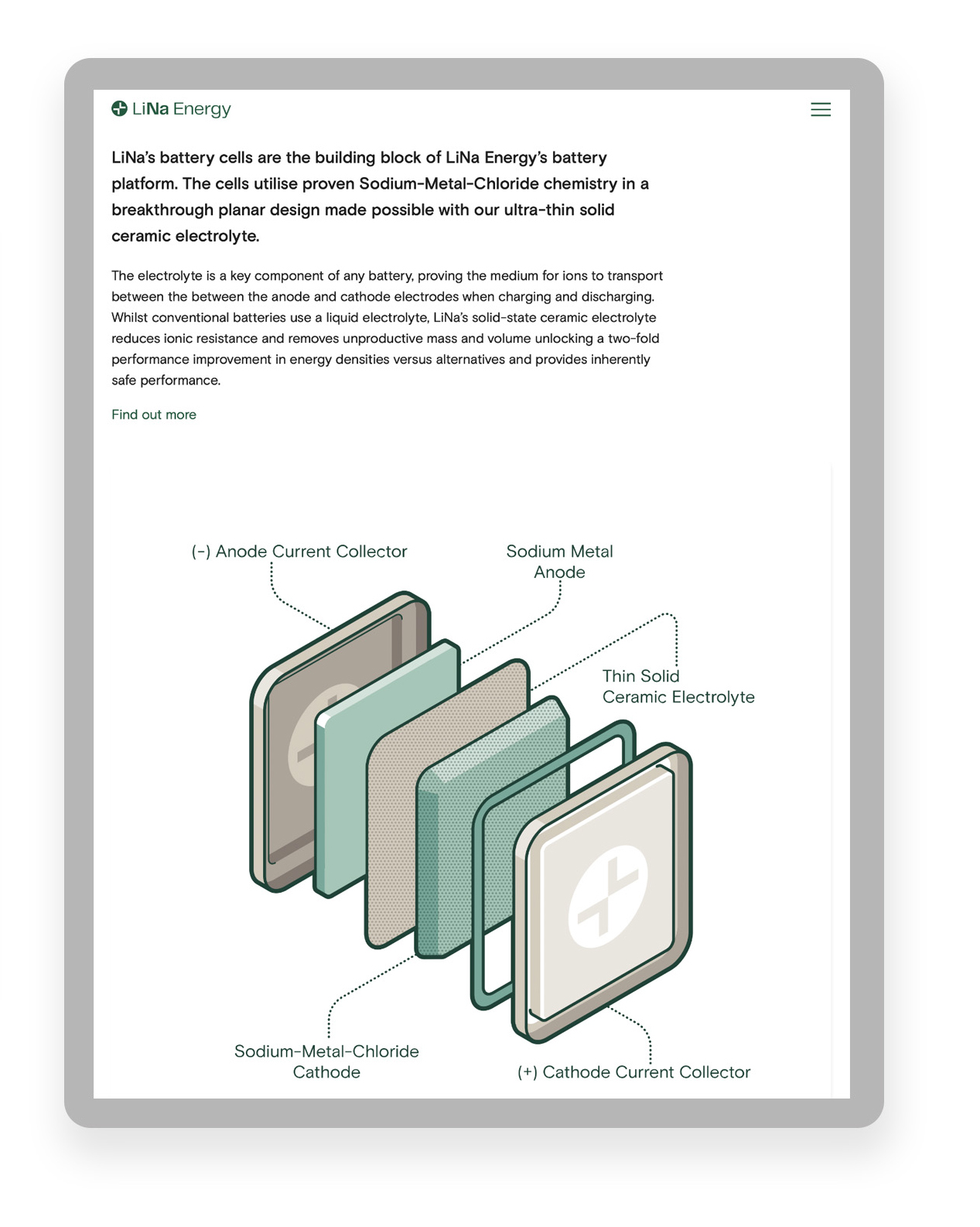 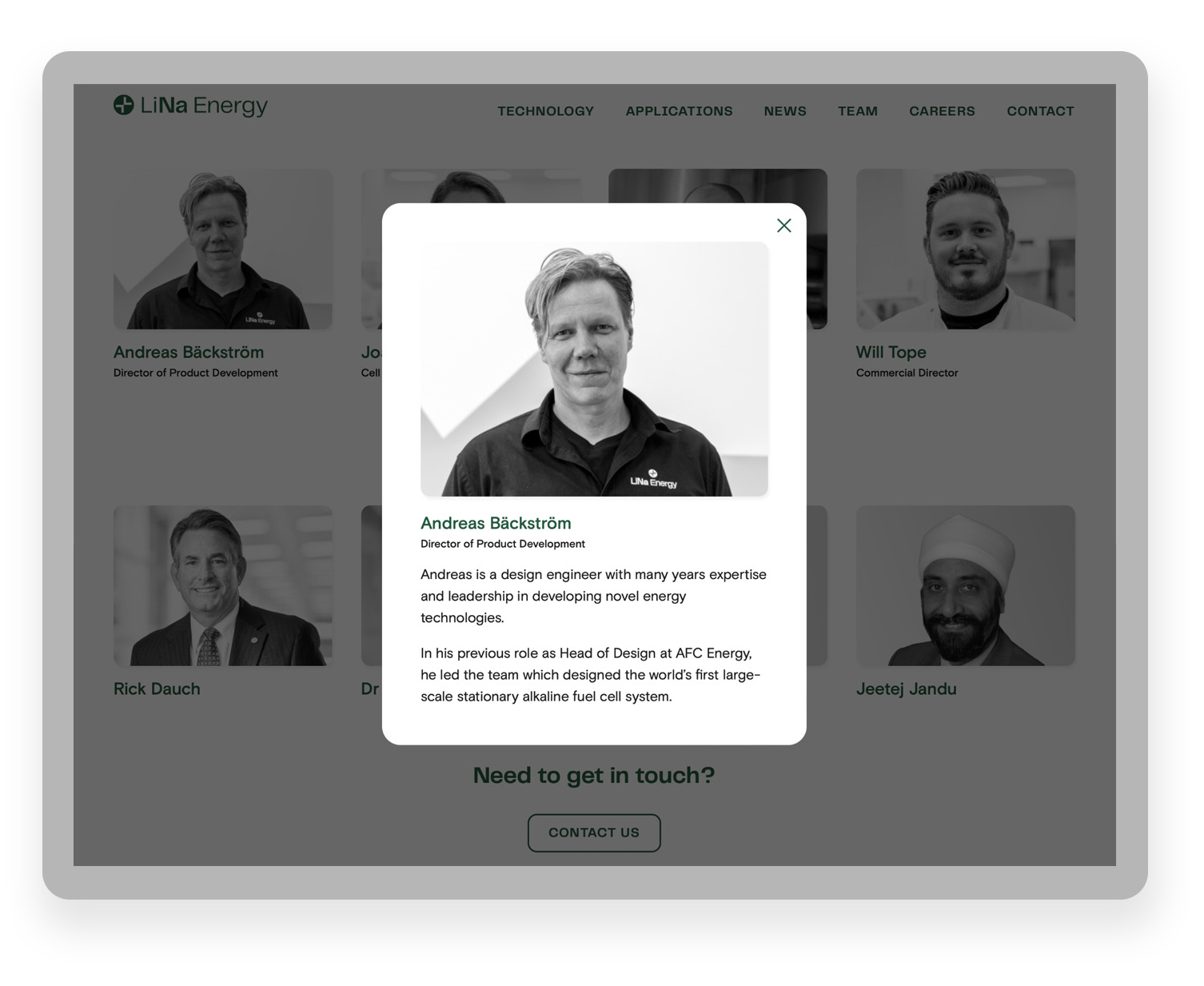 Combining a mix of custom shot images of the lab team at work, decorative motion graphics – our LiNa brand pattern is animated on the homepage – as well as functional exploding diagrams, this is a multi-faceted piece of work which moves forward the presentation of a visionary scientific business using a variety of media.

The LiNa Energy project also does something else which fascinates me. It illustrates how a strong, graphic identity and cohesive vision can back up a fantastic team within a company which might not traditionally have embraced the need for a brand.

In fact what started as a tech startup web design brief has ended up covering a wide range of outputs. My hope is that these help transmit the swift progress of a project developing one of the key questions of our time: how do we store energy in a clean, space-efficient way that looks beyond the use of scarce natural resources. 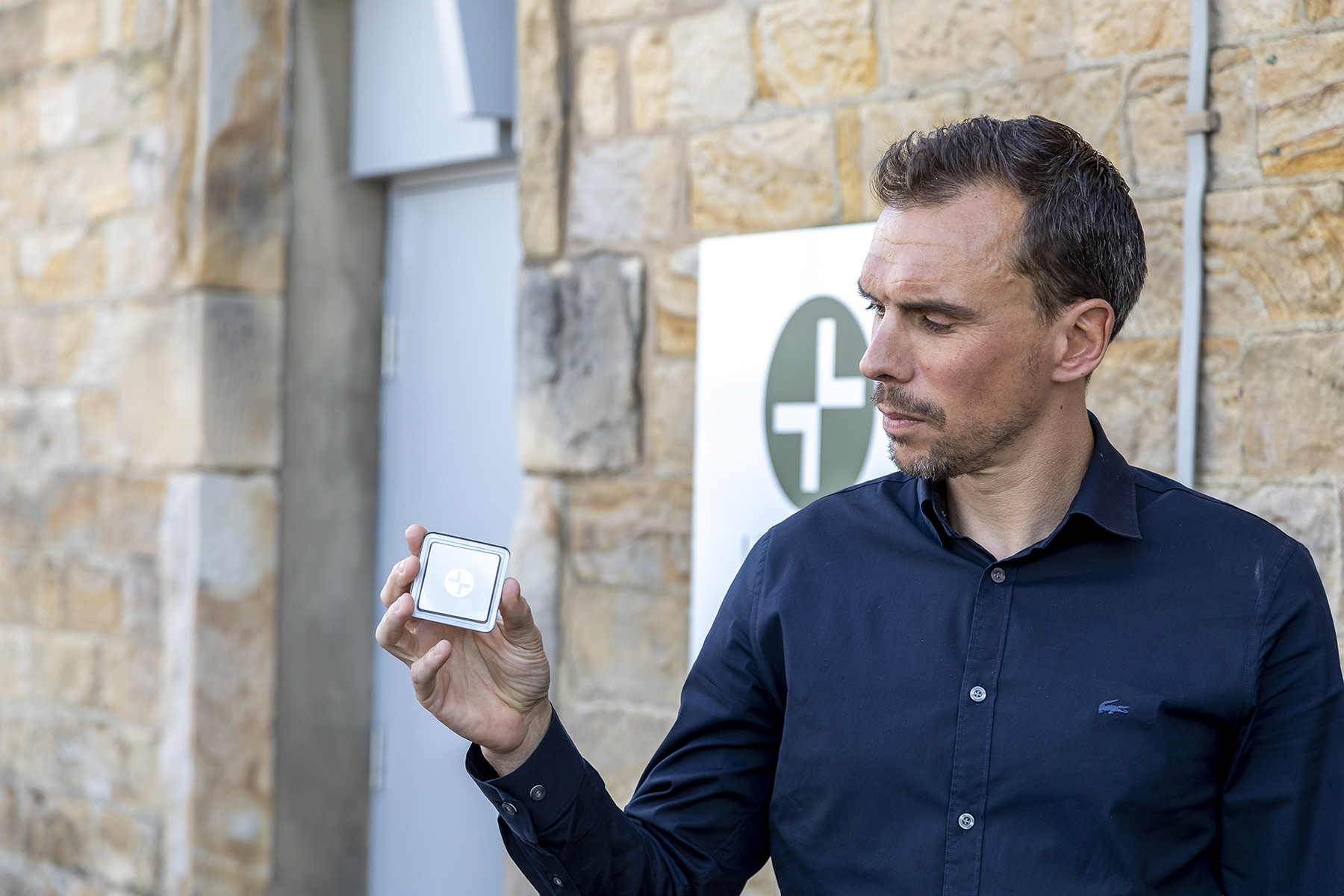 As a tech startup, investing in web design pays dividends

If you’re planning a new wave of digital marketing, wherever in the world you might be, why not get in touch to discuss a wide range of different approaches? We can work on designs from the simple to the sensational, depending on your brief and budget.

Our portfolio page about the project

More of our work for energy companies 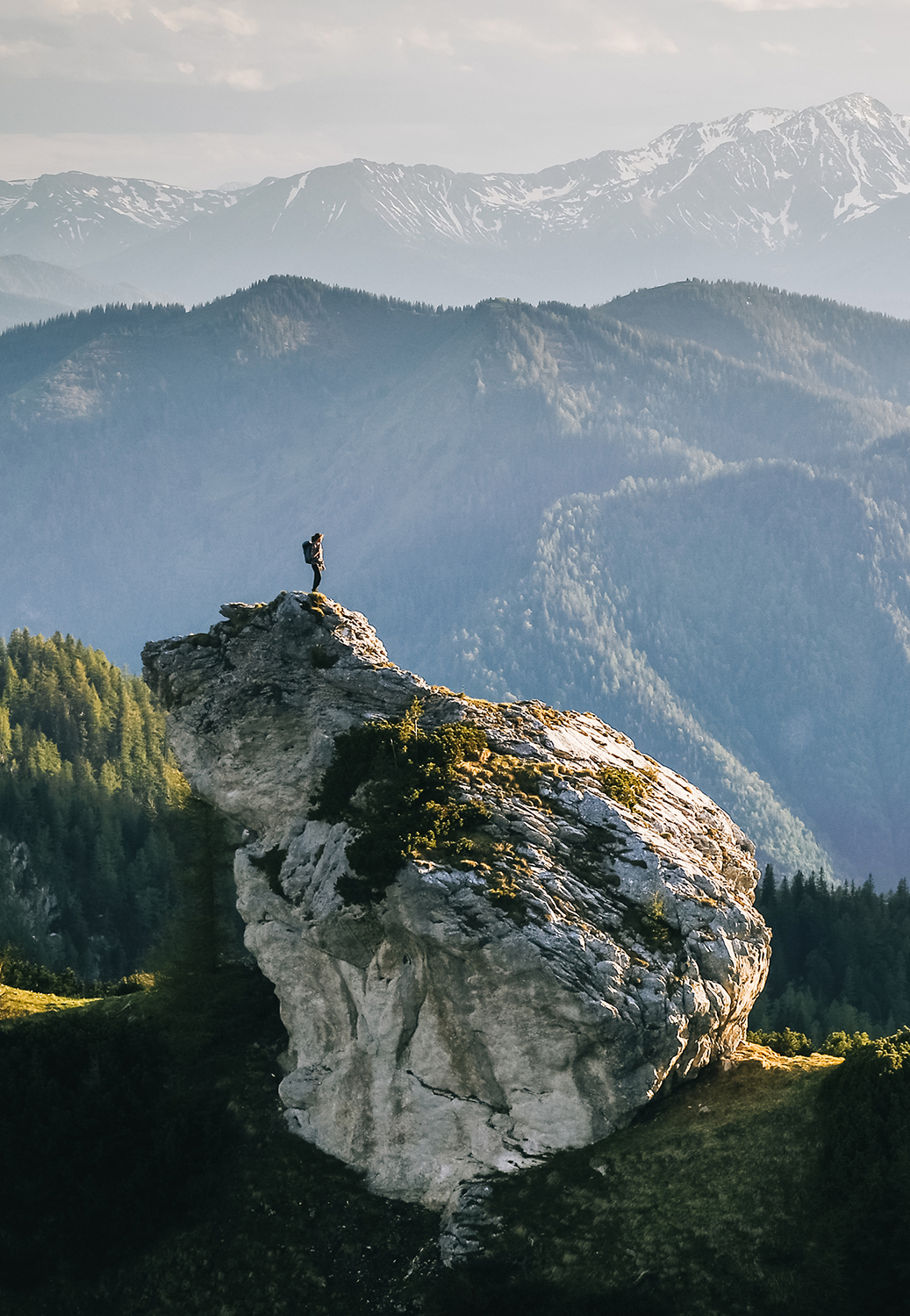