A great example of Management Consultancy brand and web design

I’ve been thinking lately about what management consultants do. My conclusion wasn’t a particularly revolutionary one: namely that ultimately a good consultancy will ensure that the right people are in the right place in a business, so it works and grows in the most effective way.

But this idea – of talented people being at the heart of ensuring a business works better – particularly struck me while we were completing a project for AlgoMe Consulting. They have spent the past couple of years building an online platform that matches people with career opportunities, mentoring relationships and the kind of professional networking events that can be so effective in business life.

Our brief from AlgoMe was to build on this, creating a management consultancy brand and web design project – utilising the creative work from the platform and defining them as a standalone business.

We often tackle projects which are related to one another. For instance, it’s only natural that one interior design-industry project to lead to another. Ditto the legal or financial sectors. Those guys in particular only trust you with work if you’ve got a track record in the field.

Then, something completely different comes along.

There’s a connection through our long-time client Longwall Ventures, but still. We’re talking about the outboard motor engines of speedboats. 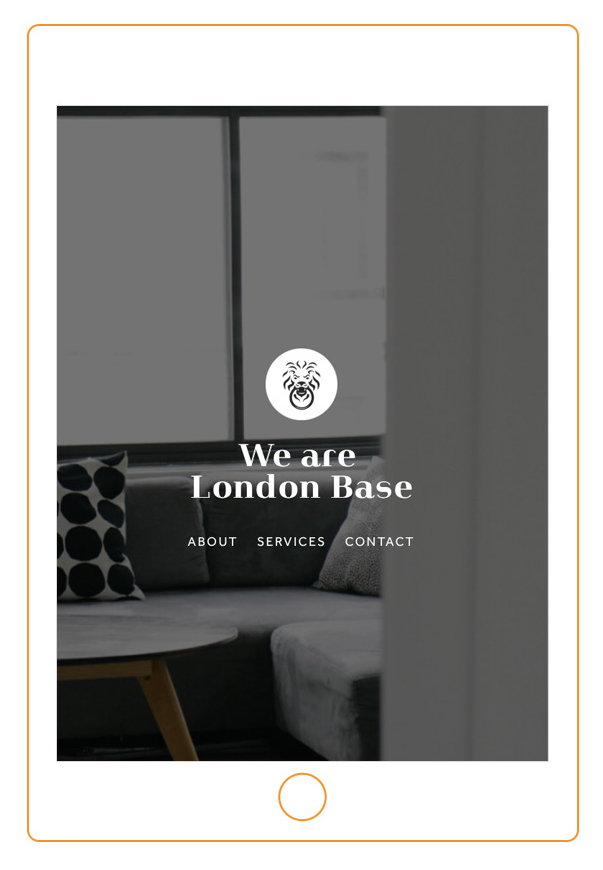 This Spring we are working on a series of hugely varied business startup design projects. This has long been a favourite kind of project for us… we love helping a fantastic new idea take shape from a visual perspective.

Added to which, the reaction from its founders as their business plan becomes a reality from a visual perspective is inevitably worth every penny we get paid.

The first such startup project of 2016 to ‘go live’ is London Base. This is a business that manages property portfolios on short let terms, usually via online services such as AirBNB or HomeAway.

For me, Pinterest is different. Different from the frenetic pace of other social media where amid a constant bombardment of opinion, invective and news, a business who wants to showcase new products or visual work can find their voice rather lost. By contrast, opening up a Pinterest page for a new project is rather like shutting a door on a crazy world and steadily building a story about something fresh and emerging. It’s particularly useful for building inspiration, as well as showcasing gorgeous photography of your work, or working process.

… let’s first talk about inspiration.
Collating visual stimuli for my graphic design work has been a mainstay of a consistently familiar creative process which begun at art school. For many years this would be done by raking through design books and magazines, tearing, cutting, copying and building ‘mood boards’ on huge sheets of foamboard. Particularly useful for corporate identity projects, these messy heaps of cut up paper would gradually be pulled together into coherent themes which would in turn inspire something totally fresh. The good news (for trees everywhere) is that the entire process can now happen online, without scissors and spraymount, harvesting the seemingly inexhaustible visual resources of the web.

… secondly, showcasing your work, in depth, from every angle.
In the photography of your work, whether a standalone product or creative project such as a new piece of artwork, a vibrant poster for your business or a story about a new activity you’re undertaking, it’s extremely unlikely you’ll produce just one image. More likely it’s going to be many, almost certainly built over time. By contrast, other social media increasingly favours the single image: most Facebook posts these days on a smartphone dicate this. However Pinterest suggests a different, more comprehensive process, potentially looking at your work, explaining its purpose, use, or a range of iterations. Essentially it allows you to curate a complete visual story from beginning to end.

Why our latest private guesthouse website opts for a ‘softer sell’